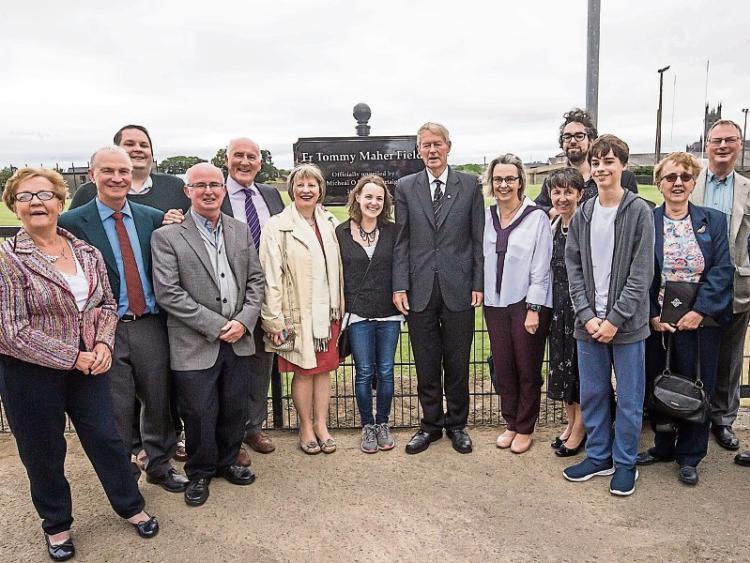 The college which helped shape the man - Fr Tommy Maher - paid homage to the priest’s memory by naming their senior hurling pitch after their former School President.

Fr Maher, described as the godfather of Kilkenny hurling by sports writer Enda McEvoy, gave so much to both the education of students at the college and the development of hurling.

Last Saturday, broad-
casting legend Michael O Muircheartaigh and former pupil Eddie Keher - who hurled as an under age right up to senior inter county under the guidance of Fr Tommy, officially named the new pitch in his honour.

A former pupil of St Kieran’s, Tommy Maher returned to the staff in 1953 and was appointed president of the College in June 1973.

He remained as President until 1982 - and in that final year hosted the bi-centenary celebrations for the College.

Tommy, as a seminarian would have been limited in how much he could have played so his only senior appearance for Kilkenny was in an All-Ireland final, the 1945 defeat by Tipperary. He was a sub on a Leinster Final winning team.

Fr Tommy’s family were in attendance, his nieces and nephews and their families along with a number of Past Pupils.

The senior hurling field was once the site of an orchard, but now is a fine playing surface that Fr Tommy would have been so proud of.

As the present President, Rev Fr Dermot Ryan noted Fr Tommy's contribution to the school, and the sport of hurling is immeasurable but will never be forgotten with the naming of this pitch.