Cannonball set to roar on to Kilkenny's streets once again

Marble City will be the finish line 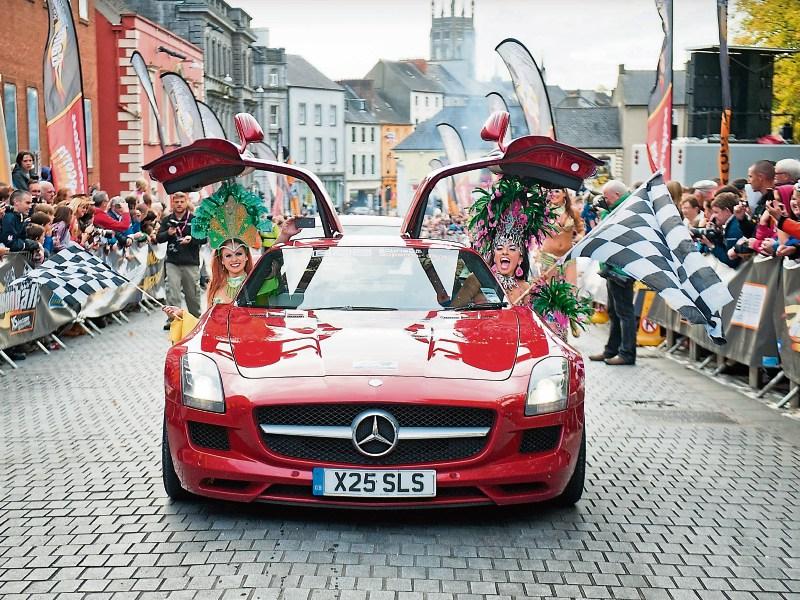 Crowds will line the streets for a glimpse to see hundreds of the most stunning supercars on the planet when they roll into Kilkenny next month.

It has finally now been confirmed that ‘Cannonball’ will return to the Noreside this September, for the first time in five years. The unique festival atmosphere that always follows the global event is sure to be in evidence.

Now in its ninth year, Cannonball has raised almost €900,000 for Irish Charities. Proceeds this year will go to children’s charity Make-a-Wish Ireland.

The Marble City has in the past provided a perfect backdrop for the highlight of the event, which is the final finish line, set up at Kilkenny Castle on the Parade. Spectators can get up close and personal with 190 of the finest cars on the planet, and enjoy some of the on-street entertainment that accompanies them.

Drivers will rest in Kilkenny overnight, before setting off home to the four corners of the world. Cannonballers will come from the US and Japan this year, as well as a team of 10 cars from Dubai.

The gleaming convoy of 190 supercars and novelty cars — worth an estimated €32million — will leave the starting line in Dublin, and drive through almost 1000km of Irish open roads.

The entourage will roll into the finish line at Kilkenny Castle this year at 6.30pm on September 10. See www.cannonball.ie for further details, routes and events.