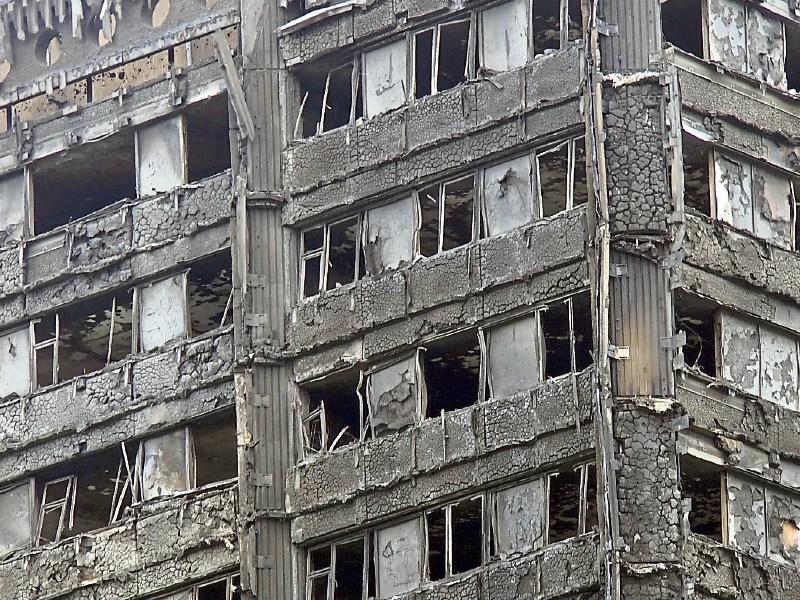 The devastation caused by the Grenfell Tower fire

Cladding used in the Grenfell tower block, blamed for the rapid spread of the fire which killed at least 80 people in London, has been found in three Kilkenny residential properties greater than six storeys.

Following on from the Grenfell Tower tragedy the Department of Housing sent two circulars to local authorities on fire safety measures in multi-storey and multi unit residential developments.

Cladding is a covering on a structure, the material is often used to insulate buildings and is also used in part to improve their appearance.

The Grenfell Tower fire occurred on 14 June of this year at the 24-storey Grenfell Tower block of public housing flats in West London and defective cladding on the building was largely blamed as the cause of the tragedy.

In a statement, Kilkenny County Council said it was “asked to identify buildings greater than six storeys or more than 18m in height fitted with some form of external cladding”.

They said: “Eleven such properties were identified in Kilkenny and 8 of these are totally commercial and/or industrial, 3 have a residential element to them and these 3 have a limited amount of cladding.

“The owners of these properties have been contacted in respect of their fire safety obligations.” Local Green Party Councillor, Malcom Noonan, says cladding should be banned.

He said: “Ireland should follow suit with other EU countries that have already banned this highly flammable material by introducing changes in planning regulations for buildings ranging from 12 to 25 metres.

“We should begin a process to vary our own City and County Development Plans immediately to reflect the seriousness of the issue.

“If a material is cheaper, many construction companies will opt to save money.

“Therefore we must regulate to outlaw the practice of using such dangerous materials,” said Cllr Noonan.

The government’s diktat in the wake of the blaze also called for the council to inspect multi storey buildings where social housing forms part of the tenancies in the buildings.

There are up to 50 such buildings in Kilkenny and the Council has written to all owners/management companies reminding them of their obligations in respect of fire safety.

Other buildings were inspected by the Council as they fell under the circular and after inspections the Council found that all fire safety measures were in place and operational.