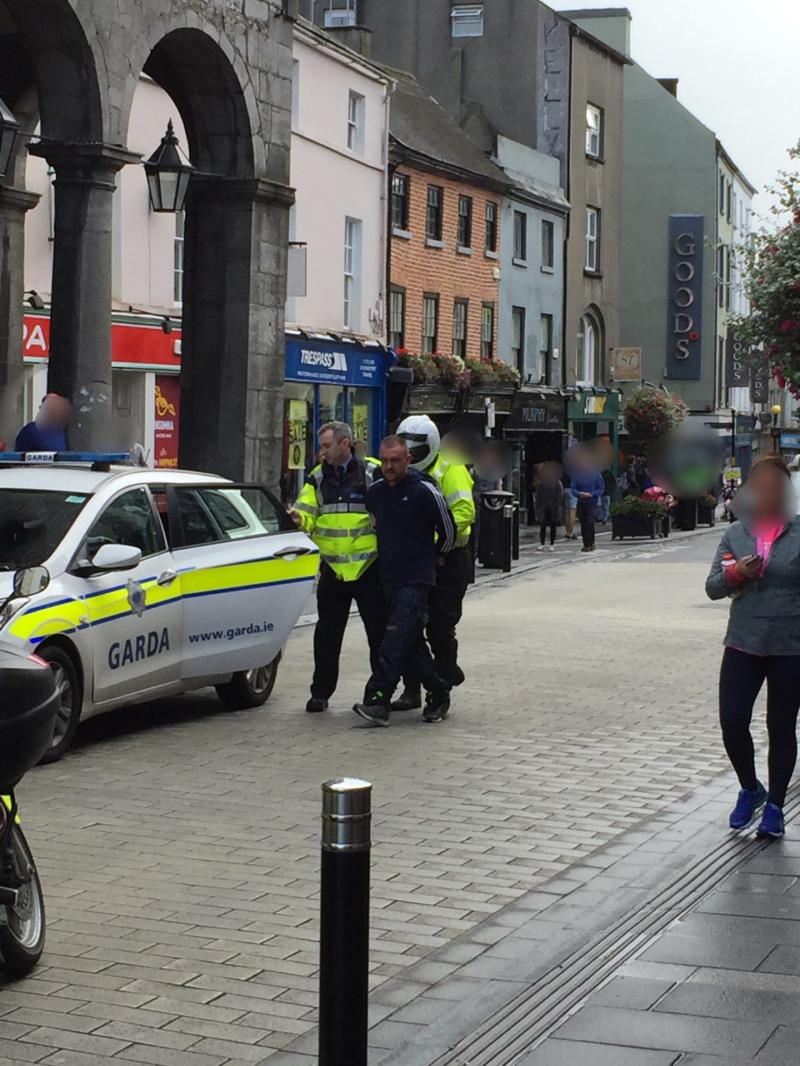 A man has been sentenced to two months in prison over offences committed after cyclists were knocked off their bikes in the final moments of Rás na mBan in Kilkenny on Sunday afternoon.

Evan O’Shaughnessy, with an address at Derdimus, Tennypark in Kilkenny pleaded guilty to two offences at a sitting of Kilkenny District Court.

Mr O’Shaughnessy was charged under Section 6 of the Public Order Act for threatening and abusive behaviour on the High Street in Kilkenny City on September 10.

He was also charged with Section 4 of the Public Order Act for being intoxicated in public on the same date.

Mr O’Shaughnessy was arrested on Sunday after he impeded the Rás na mBan cyclists during the final few hundred metres of the race in Kilkenny over the weekend.

The participants careered down High Street in Kilkenny City as hundreds watched on in anticipation.

Cyclists were just coming up to the finish line when according to witnesses, Mr O’Shaughnessy went out on to the road and collided with a number of the cyclists as they came down High Street.

The racers were just a few hundred metres from the finish line when the accident happened.

Witnesses said two of the cyclists came off their bikes and got a “bad fall”.

Their bikes were also badly damaged. One witness said the cyclists were “taken out of it” in the accident.
Mr O’Shaughnessy was arrested at the scene.

He was later charged and on Monday he was convicted for two offences under the Public Order Act and sentenced to two months in prison.