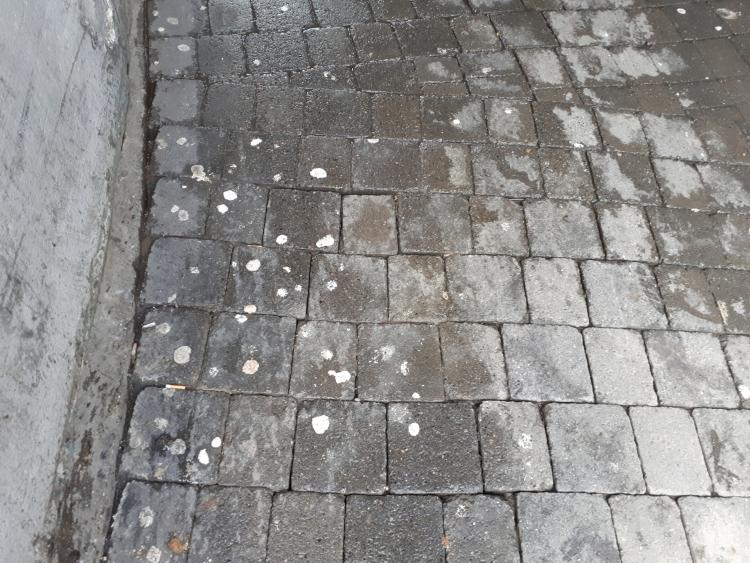 Chewing gum on the ground at the entrance of Chapel Lane, off High Street, in Kilkenny City

Local councillors fired the first shots in a new war against chewing gum at a Kilkenny City Municipal District meeting on Friday.

After the blight of chewing gum littering city streets was raised, former Mayor of Kilkenny Joe Malone said councillors were talking but they needed to 'do something'. The Fianna Fail councillor proposed the Municipal District impose a 25 cent tax on chewing gum.

When it was observed that the Municipal District did not have the powers to carry out this function, Cllr Malone instead proposed that the members write to the relevant Minister requesting that he impose such a levy. This received backing from Cllr Patrick McKee (FF), while Cllr Peter Cleere (FF) said he would support it, ‘but it’s not going to happen’.

In the end, the proposal was supported by all present, with the exception of Cllrs Sean Tyrrell and David Kennedy (both Sinn Fein). Cllr Tyrrell then proposed writing to local shops asking them to not sell chewing gum, and informing them that income from Commercial Rates was being spent cleaning it up.

This was seconded by Cllr David Kennedy, but was not supported by the other members present.

The public consultation on the Draft Litter Management Plan is open for submissions here until February 2.