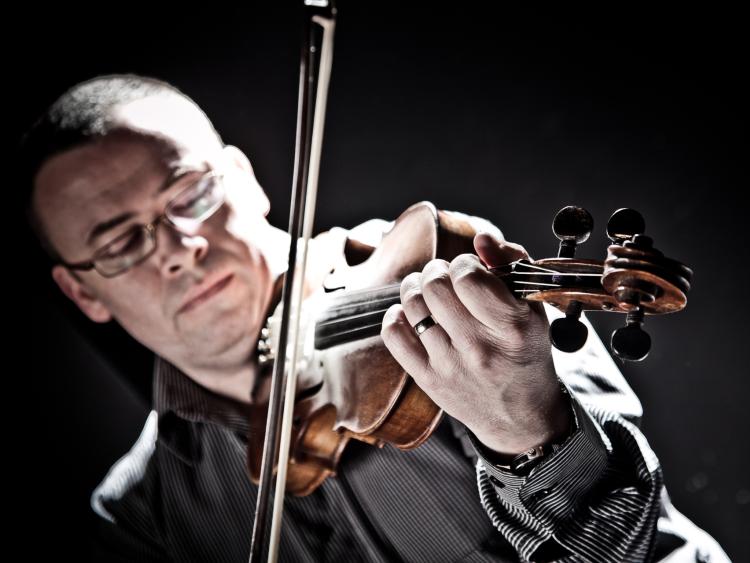 Trad superstars, Declan Folan, Leonard Barry and Shane McGowan will play the Home Rule Club, Kilkenny on Friday night at 8pm.
Leonard, an outstanding uilleann pi’pes player lived in the city for a number of years and still has many friends here.
Declan Folan is widely regarded as one if Ireland’s great fiddle players. Coming from Gurteen in South County Sligo Declan’s playing epitomises all that is great about Irish Traditional Music especially the South Sligo Style which was made was made famous throughout the Folk music world with the legendary recordings of Michael Coleman and Paddy Killoran who were amongst the first Irish musicians to be recorded comercially in the 1920’s in New York on the Columbia label.

Declan comes to Kilkenny to promote his long awaited solo debut recording entitles “All in Good Time” which to date has been described as “masterful, mature and captivating” by The Irish Music Magazine.
No stranger to Kilkenny having lived here for many years Leonard Barry originally from North Kerry has long been regarded as one of the top uilleann pipers both nationally and internationally. Named as Live Ireland Musician of the year in 2016 he has released two albums “Mind the Pipes” and “New Road” both to critical acclaim. Leonard has toured and recorded with many artists over the years including Luka Bloom, John Spillane and Lisa O’Neill.
Completing the trio is Sligo guitarist Shane McGowan, Shane is also a neighbor of Declan’s and is the son of famed Sligo flute player Harry McGowan. Shane is one of the most sought after guitarists in music today, performing with Lunasa and Sean Keane.