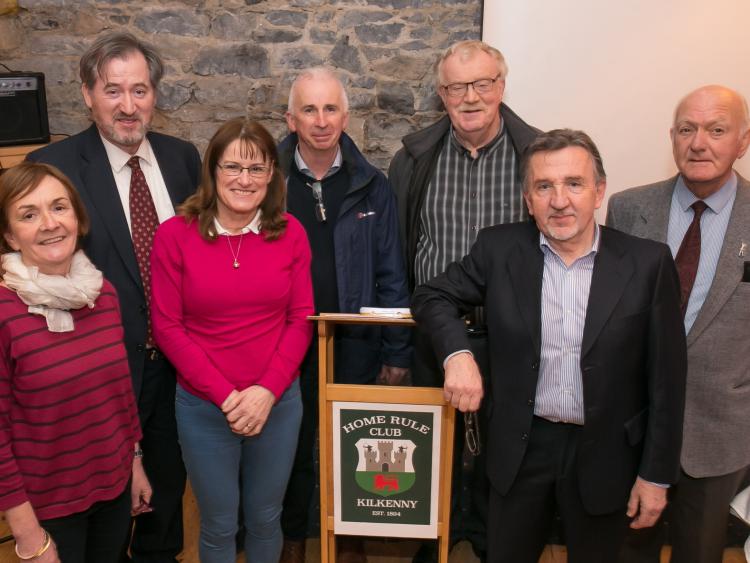 At a packed, two hour, standing room only, meeting at The Home Rule Club, on John's Quay, Kilkenny Dermot Meleady, Redmond’s biographer fielded numerous questions on this controversial period of Irish history.
Why did Redmond support the Great War? Why did he not support the suffragettes? Why did he condemn the 1916 rebellion? Did intransigent unionism end hopes of Home Rule?
Meleady provided new insights into the Irish Parliamentary Party leader at his talk at Home Rule Club recently.
Meleady described Redmond as an effective power broker with Prime Minister Asquith behind the scenes on subsidised rural house construction (30,000 units), and the foundation of National University of Ireland.
Redmond is best known as leader of the moderate Irish Parliamentary Party (IPP) from 1900 until his death in 1918.
Redmond laid the foundations of a self-governing, democratic Irish state. But there were many mistakes, political reverses and failures too.
His support of the British war effort was a gamble which was much criticised for “the waste of tens of thousands of young Irish lives in the Crown forces” and he was the first Irish political leader to concede partition.
In August 1912, Churchill wrote to Redmond “for your private eye alone” asking him tp make “an offer to determined Orangemen” about partition.
This was very early in the Home Rule process and long before the splits of 1916-1918.
The Club hopes to hold more historical talks over the coming months.