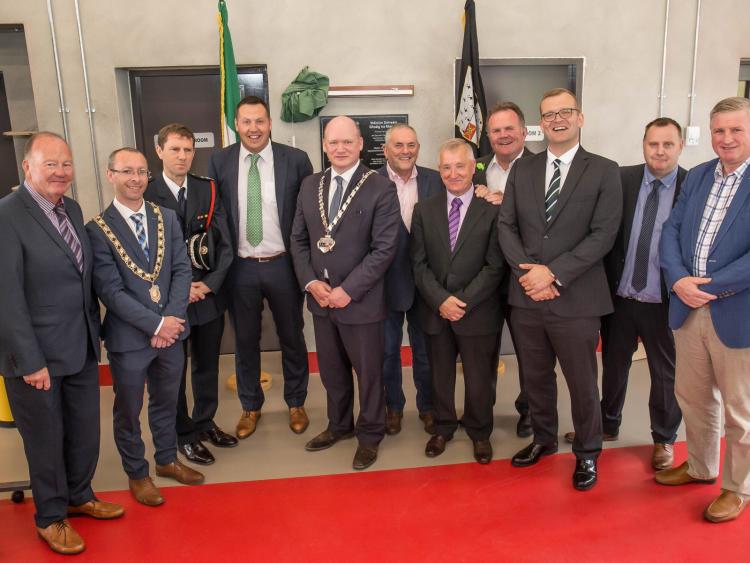 A state-of-the-art new fire station was opened in Graignamanagh on Monday by Minister for Local Government John Paul Phelan.
The old fire station in Graignamanagh had been in operation since 1960 and was unable to cope with the demands of a modern fire and rescue service.
The new facility, which received €1.1 million in department funding, provides for a two-bay station with a training yard, lecture room, canteen and staff facilities. Specific training installations include a drill tower, an underground water tank and breathing apparatus compressor room.
“My department has been and continues to work with Kilkenny County Council, upgrading and developing the facilities and equipment of Kilkenny Fire and Rescue Service.
“Over the last number of years my department has fully funded new fire stations in Castlecomer, Freshford and Callan. This level of support is continuing with the approval of €1.1m in funding for the construction of a new fire station at Urlingford,” said Minister Phelan.
According to a spokesperson for Kilkenny County Council the majority of fire deaths continue to occur in domestic premises and the local authority is encouraging people to ensure they fit and maintain a working smoke alarm in their home.
Cathaoirleach David Fitzgerald congratulated all associated with the provision of the new fire station describing it as ‘an invaluable piece of public infrastructure’.
He also singled out for praise the service garden and the importance of remembering and giving recognition to all the firefighters that have served their community.