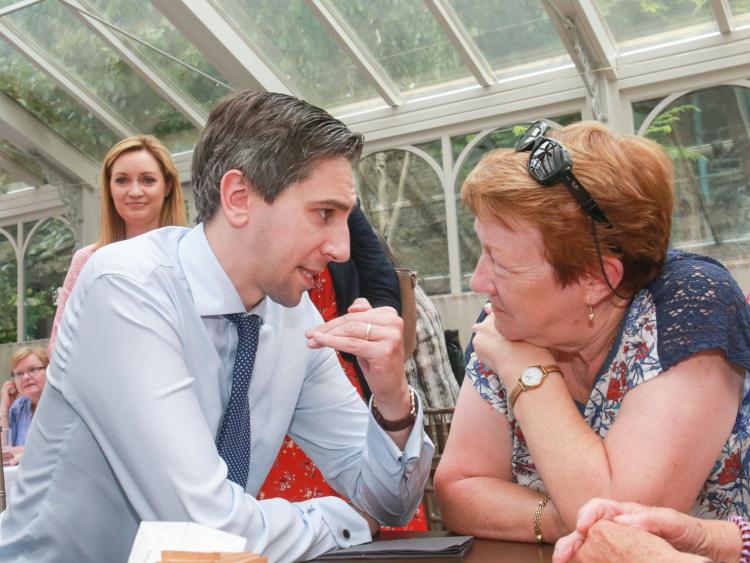 St Luke’s Hospital in Kilkenny is to get a new 75-bedroom extension, which will include a 12 bed palliative care centre,  Minister of State John Paul Phelan has said.

The announcement was made during a visit today by Minister for Health Simon Harris, who visited St Luke’s, as well as Kilcreene Orthopaedic Hospital, and a fundraiser organised in aid of the Cois Nore Cancer Support Centre.

“Today is a great news day for Kilkenny,” said Minister of State Phelan.

"The Friends of St Luke's and the Susie Long Hospice Fund will contribute approximately €1 million which they have raised in the community to help fund both the MRI facility and the palliative care unit within the 75 bed extension. This is phenomenal."

This year has so far been the worst for overcrowding at St Luke's Hospital since INMO record keeping began. The new 75-bed unit is to feature single, en suite rooms. Twelve of these will be designed and dedicated to the needs of palliative care patients.

"It will give patients and their families the privacy and the dignity they deserve in their final days and hours. This development has been spoken about since 2001 and now it is happening," said the Fine Gael TD.

Last July, the IEHG confirmed that hospital management had submitted plans for the replacement of 75 inpatient beds to enable full compliance with single room and isolation room standards in accordance with the most recent recommendations from HIQA and the NCEC.

“A new development plan for the hospital will be finished in September. The design of the new 75 bed block will begin late this year or in early 2019. There’s lots of good things happening at the hospital and this will really help,” said Minister Harris.

Minister Harris also commended the staff at St Luke’s on their Geriatric Emergency Medicine (GEM) programme. St Luke's is the only hospital in the country to operate it. It sees anyone over 75 years of age who presents at the emergency department automatically screened for frailty within a target time of 12 minutes from their arrival.

“They take a different pathway through the hospital if found to be frail and there is a constant effort by the multi-disciplinary staff to meet their immediate and precise needs and ensure their condition does not dis-improve while in hospital and while immobile," said Minister Harris.

“When a lot of older people come into hospital they’re lying around and waiting around. This multidisciplinary team keeps such patients active in the hospital. They have halved the readmission group for this cohort of patients through the programme."

Minister Phelan said the visit to Kilcreene was designed to show Minister Harris how it can help ease pressures within the system regionally and nationally – particularly in terms of waiting times for necessary orthopaedic procedures.

Visited Kilcreene Orthopaedic Hospital in Kilkenny. Huge progress with their lengths of stay & waiting lists. Potential to do lots more. Thanks to all staff pic.twitter.com/y1BDWV5auo

“Kilcreene has massive potential and impact in terms of orthopaedics but there’s also a lot more potential there which we wanted to show the Minister. This potential lies in area such as reducing waiting times which exist for specific operations in the orthopaedics. Kilcreene has the capacity to address this and it’s a solution we’re offering," he said.

Referring to ongoing issues within the Department of Psychiatry at St Luke’s General Hospital, Minister Harris said patient flows have been examined in an effort to free up 6 beds and find alternative supports within the community for 6 people. He said that at least 20 more step-down beds are needed to meet the needs of those dependent on the services.