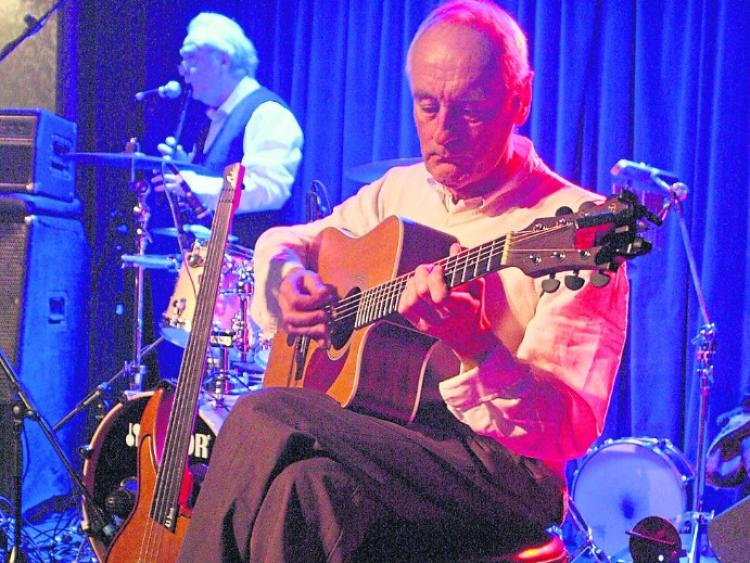 The late Dave Prim, who has passed away

Tributes are being paid to a legend of the Kilkenny music scene, Dave Prim, who has passed away.

A talented and adaptable guitarist, Prim began playing in bands as a teenager, and over the years played with a number of different bands including Fifth degree, Contraband, The Chicken Fisher Band, and Reel To Reel. He also fronted the highly-regarded Dave Prim Band for a period during the 1970s.

He lived in Kilkenny City, and continued to perform live up until very recently. He was notable for an extraordinary repertoire across multiple music genres, including but not limited to Blues, Country, and Trad.

A former Mayor of Kilkenny and musician, Cllr Malcolm Noonan posted on social media this afternoon, describing Prim as 'without doubt one of the greatest all round Irish musicians ever and a man who could turn his hand to any genre'.

ARRANGEMENTS HAVE BEEN POSTED 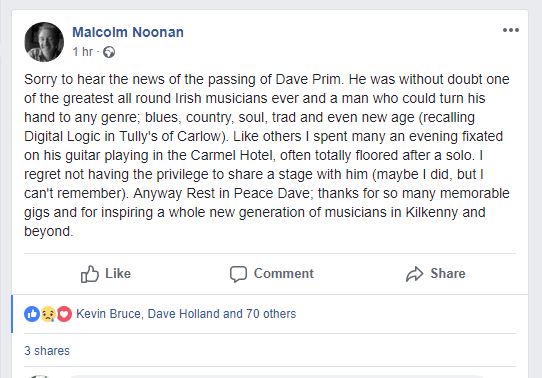