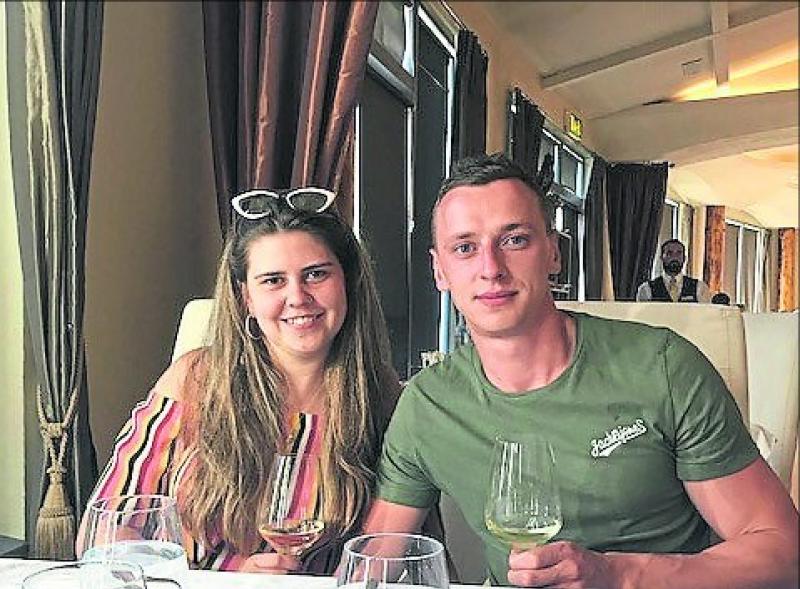 A Kilkenny family has launched a battle for the funds to secure life-changing drugs to give a precious family member a fighting chance against an aggressive form of cancer.

Alice Taylor is 25, a quiet and gentle woman, beautiful, intelligent, and now facing the shock of Stage 3B terminal cancer.

Treatment began following her diagnosis last year, however earlier this summer she was told that only palliative treatment would now be suitable for her.

But her devoted family are not giving up and they need your help to raise the funds that will allow Alice access treatment that has been proven to help her form of cancer - but it is not available to her from the HSE.

A Go Fund Me fundraiser was launched last week with the target of €150,000 to allow Alice pay for her treatment. Support has been generous and already €18,000 has been donated. “We all take on this fight with her, and for her if needed,” Alice’s sister-in-law Louise O’Dea explained launching the appeal.

Alice, who is from Ballycallan, is more used to caring for others through her job at SOS Kilkenny than asking for help herself. In November of last year Alice was diagnosed with Stage 2B cervical cancer .
Although shaken by this diagnosis, Alice and her partner David O’Dea approached it with a positive attitude. Alice also received the devastating news that she would never conceive or carry her own child. This news was as bad, if not worse than the diagnosis itself for Alice.

Alice and David were offered one round of IVF before commencing treatment to eradicate the cancer. Following the IVF there was surgery and then, the week before Christmas 2017, the gruelling treatment commenced - external radiation, internal radiation and chemotherapy. Several sessions a week meant Alice practically moved to Dublin, her parents Wendy and Martin taking turns with David to care for her.

A MRI scan was performed in January midway through her treatment, showing shrinkage of the tumour. “We all held our breath and dared to hope,” said David’s sister Louise.

Alice returned home in February 2018, pale and weak but smiling as always and taking it all in her stride.
However, the battle was not won. On May 24, the results of the post treatment scans had the worst possible news. The cancer had not responded to treatment. The scan showed Alice now had terminal cancer in the liver, lungs and heart.

“There are no words to describe the utter devastation,” said Louise.
“We were all in shock and for a short time, defeated. Alice on the other hand soldiered on, she did not cry, she did not collapse, the only thing she did do was worry about all of us around her. And because of this - we are all at battle now. We all take on this fight with her, and for her if needed.”
All Alice’s medical care has been transferred to Kilkenny and Waterford from Dublin and is now palliative.

“No hope of survival was given,” added Louise. “No offer of progressive or immunotherapy drugs, no trials, nothing. This, to us, is unacceptable. Alice is 25 years old, beautiful, intelligent and above all, a kind and wonderful person, who asks for nothing and expects nothing from the world.
Alice’s family have done their research and investigated further testing which at first was denied. It has taken constant calling and pushing to get any further options for Alice. While awaiting further testing and in order to buy Alice some time, she commenced aggressive chemotherapy on July 4.
Recently Alice has gained access to the application for a DNA-based test in the UK to determine if her cancer is positive for the drug Pembrolizumab, the drug which has improved the health of fellow Kilkenny woman Vicky Phelan.
There is also further genetic testing available in New York which will determine the most appropriate treatment.

“The drugs needed to fight this disease are not being made available by the HSE nor is any type of funding,” continued Louise. “Alice would never ask for this herself, we are asking on her behalf. She is far too precious to us and the very least she deserves is a fighting chance.
“Life-saving immunotherapy drugs will cost hundreds of thousands. All donations will be greatly appreciated.”
To donate to Alice’s appeal go to 'Save Alice' on Go Fund Me.