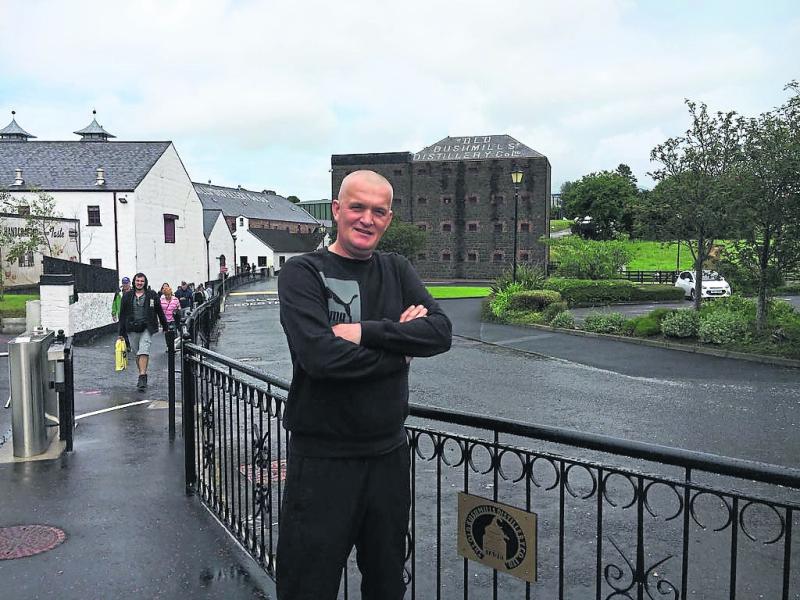 A gentle giant who came to Kilkenny city in 2005, endeared himself to all who came into contact with him until he passed away recently.
Cezary Balcerzyk from Kalisz in Poland, came to the city to work with the Farm Relief Service.
A year later in 2006, he joined the staff at Chancellor’s Mills on the city's Freshford Road where he was an instant hit and highly thought of by his colleagues and the Dalton family who held him in the highest esteem.
He was hard to miss at 6' 6’’ and he was a Trojan worker, meticulous and conscientious.
His beaming smile, hearty handshakes and general good humour endeared him to customers and fellow employees and anyone who had the good fortune to be in his company.
His death at such a young age from an infection after heart surgery robbed his family and friends of a very special person.
And in keeping with his wishes, the Dalton family organised for his remains to be brought home by road to his native Poland because it had always been his fervent wish to drive back to his beloved Kalisz, a city of 100,00 people in the centre of the country, to see his mother who is still alive.
And at his funeral Mass in Polish, two weeks ago in St John’s Church on the city’s Dublin Road, the farmers and other customers that he served on a regular basis filled the church to bid farewell to a man they trusted.
Back to 2006 - At Chancellor’s Mills he quickly became a popular and trusted member of the workforce.
No task was considered too great or too small, he took great pride in his work and everything had to be finished to perfection; there were no half measures.
Although adopting quickly to the Irish way of life, he never forgot his roots, he always spoke warmly of his family, friends and home place and visited his native city whenever possible.
In the end it’s not the years in your life that count but the life in your years.
Although Cezary’s passing came all too soon at the relatively young age of 47, he had packed a great deal into that short space of time, making a lasting impression on all who were lucky enough to know him.
He will be sadly missed by his fellow workers in Chancellors Mills and by his many friends both Irish and Polish.
Chancellor’s Mills heartfelt condolences go to his extended family and friends in Poland but in particular to his mother Zofia, daughter Kinga and his partner Angelica.