War Of The Worlds is coming - Kilkenny prepare 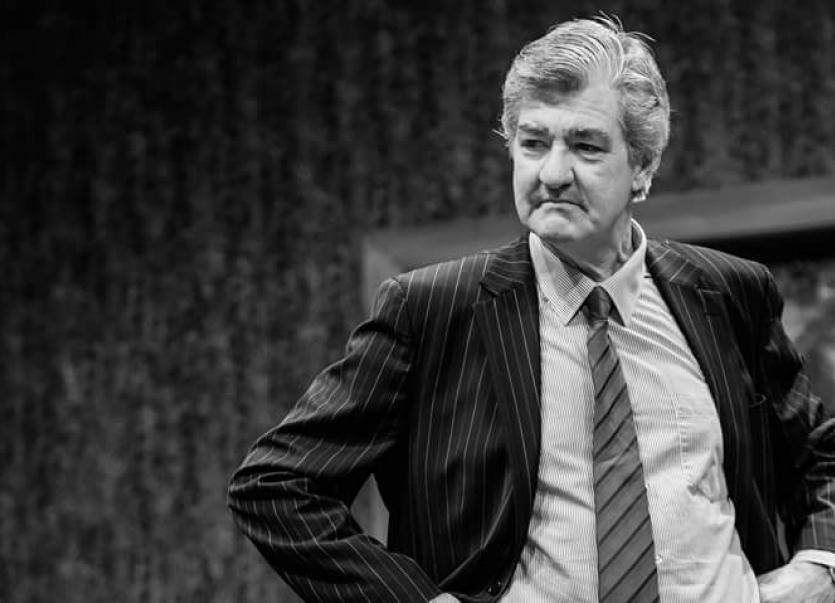 It is late October. A message comes over the airwaves to radios all over the United States of America, that unusual occurrences are being observed near a spot called Grover’s Mill, New Jersey.
At the same time there is an air of unrest hanging over the world.
Political uncertainty. Economic instability and a feeling that anything can happen.
Political leaders are vying for more and more power and the ordinary citizen is unsure what the future holds. The German Chancellor, one Adolf Hitler, is gaining more power. That year was 1938.
Television, even in the United States of America, was still in its infancy. In fact commercial television broadcasts would not start until the following year, 1939.
To put this event in context, it was only eight years after the great financial depression in the USA known as the Wall Street Crash.
This was followed by another depression in 1937 which lasted until 1938. Unemployment was back to 1934 levels. The population was on edge.
The main source of distraction for a cash poor nation was radio. Radio was the medium for entertainment, advertising, news and propaganda.
It was cheap and dependable and the price of a theatre ticket was beyond the reach of people who had no work and struggled to put food on their tables.
Mercury Theatre
One of the most successful shows on American radio at the time was Mercury Theatre on the Air.
It was a series of live radio dramas created by Orson Welles, who was only then a young man of twenty one. The background music was composed or arranged by Bernard Herrmann who would later provide the chilling musical soundtracks to the films of Alfred Hitchcock.
On the night of October 30, 1938, a play was scheduled to be aired over the American Columbia Broadcasting System radio network. Directed and narrated by actor and future filmmaker Orson Welles, the Mercury Theatre Company were about to broadcast their radio adaptation of War of the Worlds.
This was an adaptation of H.G. Wells' novel of the same name.
The American people, who eagerly awaited each production of Mercury Theatre plays, were glued to their radios.
Families gathered around their radio sets and finely tuned into the station.
After the first few minutes of what seemed to be a standard production of the play, there was an interruption by an announcer.
He seemed to suggest that this was an urgent news flash, inserted into the radio drama.
This was followed moments later by an apparent outside broadcast from an area called Grover’s Mill, New Jersey.
Suddenly, the millions of listeners were themselves cast into the centre of another drama happening in their own country.
According to the ‘news clips’ there seemed to be an invasion from space, which coincidentally mirrored the happenings in the radio play.
The radio drama now took second place to the nightmare which, according to the ‘newsreader’, was all to close to hand.
Panic
Panic ensued. Over the years, the myth surrounding this infamous broadcast has grown in stature.
The extent of the effect on the listeners has become part of the folklore of American radio. Certainly it is acknowledged that there was dismay.
People fled their homes and packed a few emergency supplies and got away to somewhere they considered safer.
Whatever the truth behind ‘a nation in panic’ as one American newspaper put it, it is without question that this famous broadcast of a science fiction story captured the nation. To this day the original recording on that infamous night’s radio drama has had its influence on radio drama across the world. The limitations imposed by a stage set were no longer imposed because of the realism of ‘you are there’ radio productions. That was 80 years ago. As a tribute to the original radio drama a new production is about to hit our airwaves.
The techniques used in that first broadcast will be mirrored in this fresh and exciting performance on local radio.
Newly formed Lake Productions , are busily rehearsing War of the Worlds which will be staged at the Set Theatre Kilkenny on October 30.
Founded in August of this year, the company have already produced “A River Walk”, a radio play by Kilkenny based author Frank Marshall.
Original directors of the company, Emily Kelly and Gerry Cody said they were delighted with the progress of the group and the support which it has garnered.
Also on board with Lake productions are some of Kilkenny’s best known performers including Geoff Rose, Don O’Connor Mary Cradock Sheelagh Lynch and Siobhan Cody. he cast will be made up of 16 local actors .

Tickets are available from The Se, Rollercoaster records and Jer Donovan’s barber shop at the Newpark Shopping Centre.