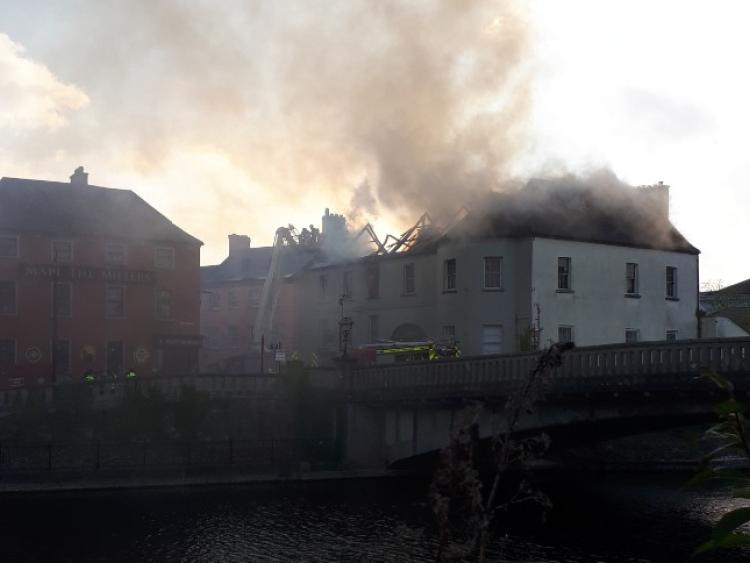 Historic Dr Mitchell's house on the corner of John Street, Kilkenny, on the bank of the River Nore has gone up in smoke!

Preservation of life is the top priority as five units of the Kilkenny fire service and gardai attend the scene of major fire in the centre of the city.

Smoke is billowing through John Street and John's Quay after Dr Mitchell's House (a listed building), at the front of the River Court Hotel, went up in flames.

The roof has caved in and no one knows if there was anybody in the building when the fire started.

Gardai's first priority is making sure that no one is injured and the centre of the city has been cordoned off.

Click here to see a video of scene of the fire.

Click here to see a video of the flames leaping through the roof of the historic building.

Jim Delaney who rang 999 to alert the emergency services to the fire,  said that within 20 minutes the entire building was 'gone.'

The Dickboro GAA Club  volunteer said he was shocked at the speed at which the fire took hold.

The River Court hotel is in the process of being evacuated.

Updates on this story to come....