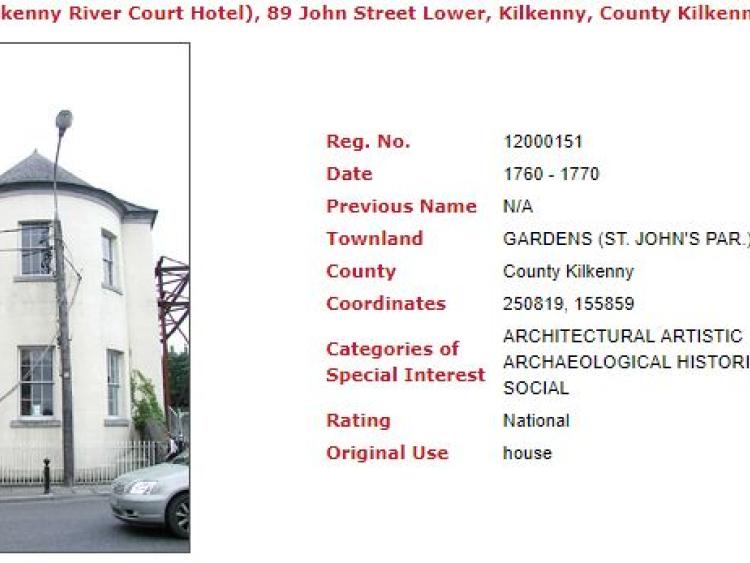 It is still not known the extent of the damage done to the historic Bridge House on John Street in Kilkenny where a fire broke out this morning, but it appears to be significant.

The building had a number of historic features rendering it unique. According to its entry on the National Inventory of Architecture Ireland, the building is:

"An elegantly-composed house of national significance originally forming part of a larger composition with the range adjoining to east... rebuilt to designs prepared by Thomas Barnes (n. d.) in the mid eighteenth century incorporating the fabric of an early seventeenth-century house damaged by the flooding of the adjacent River Nore: evidence of the earlier range survives to the present day in the form of thick wall masses with the remains of cut-limestone window surrounds to the rear (south) elevation highlighting the archaeological significance of the site.

"Occupying an important site in the centre of Kilkenny the house is identified by characteristics including an elegant bowed bay, a finely-carved shared doorcase representing a feature recurrent in the architectural heritage of the locality... Despite renovation works over the centuries the house presents an early aspect with some vital early features surviving intact including the remains of a mid seventeenth-century carved timber staircase.

"The house remains of additional importance in the locality for the historic connections with George Matthews (n. d.) and Derby Egan (n. d.) together with an episode relating to the Civil War (1921-5) manifested in the form of bullet holes reputedly marking the wall fabric."