Farmers recycle half a million tyres in last few weeks 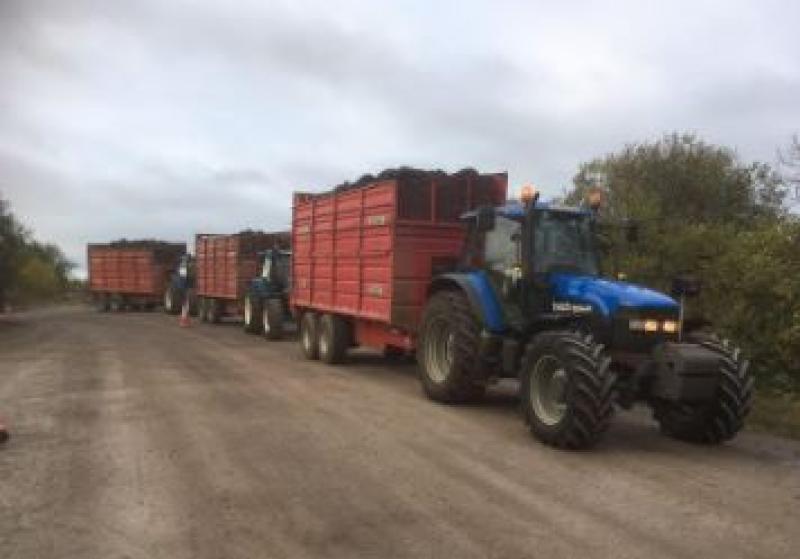 Over the last month farmers recycled the equivalent of half a million car tyres through a €700,000 government funded initiative. The initiative, which saw four one day collection points provided nationwide, resulted in 2,229 farmers delivering a total of 4,253 tyres for recycling.

IFFPG, the national farm plastics recycling scheme, provided the service on behalf of the government.

Tyre waste has accumulated on farms over the last 25 years as a result of farmers increasingly moving away from pit to baled silage, which is more convenient. While tyres are necessary to anchor plastic on pit silage, they are not required for baled silage.

Farmers were invited to deliver tyres to collection points at the subsidised price of €15 per tonne for the first three tonnes delivered, with the €160 per tonne commercial rate applying thereafter. A tonne of tyres is the equivalent to approximately 110 car tyres or 14 large truck tyres.

This very attractive offer allowed farmers to recycle up to 330 car tyres for only €45, compared to the commercial rate of almost €500.

The response from farmers to the service was huge. Over a four-day period the equivalent of 500,000 car tyres were collected for recycling, with the average farmer bringing in around 220 tyres. The busiest collection point was at Athenry Mart where an incredible 140,000 tyres were collected from nearly 800 farmers during a 10-hour period.

Over half of the tyres collected were recycled at an Irish owned tyre recycling facility in Drogheda, with the remainder sent abroad for processing. Tyre waste is typically recycled into a crumb material which is typically used as a soft underlay at sporting facilities.

Liam Moloney, General Manager with IFFPG, said that “the response from farmers far exceeded our greatest expectations and clearly demonstrates that both large amounts of tyre waste is sitting on farms and that farmers will respond positively to any incentive to recycle this waste stream”. Liam Moloney added that “farmers fully understood how to engage with the service as it was similar to the farm plastics bring-centre service that they avail of annually”.

The government made €700,000 in funding available for this initiative as part of a range of measures introduced over the last 12 months to bring about more environmentally responsible management of tyre waste in the country (for example, the establishment of REPAK ELT as the national tyre recycling scheme and €1 million made available to local authorities to clean up illegally dumped tyres). IFFPG, the national farm plastics recycling scheme, was asked by the Government to provide the service as it is experienced in operating farm plastics bring-centres each year. IFFPG typically collects 28,000 tonnes of farm plastics waste for recycling at 235 bring-centres annually.