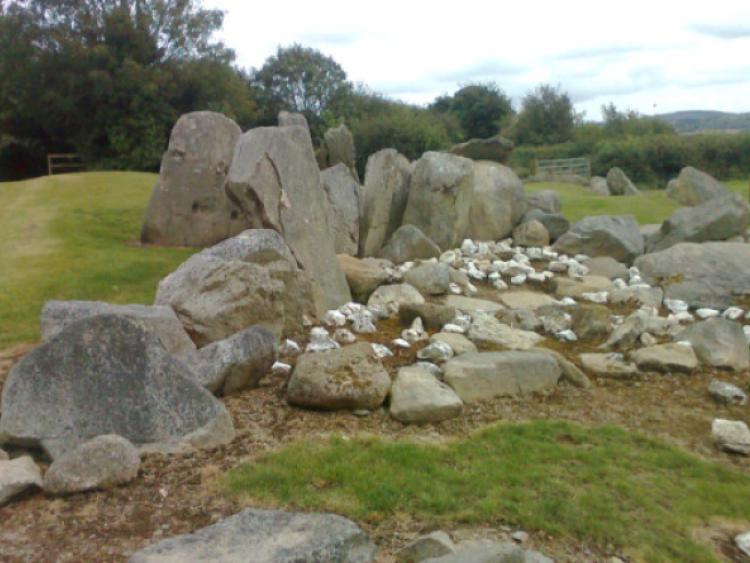 Works are under way to improve the access road to the passage tomb at Knockroe with a view to having the project completed well in advance of the Winter Solstice in December, which always attracts people from far and wide.

The road was included in the Community Involvement in Roadworks Scheme a number of years ago following an application by the South Kilkenny Historical Society. Funding was also made available under CLÁR at the start of the summer this year.

Local councillor Tomás Breathnach says that combining both streams of funding enabled the proposal to evolve from resurfacing the existing roadway to improving the access with the agreement of the local landowners by extending the width of the roadway to 4.5m through setting back the boundary on the right side of the access road at the top and on the left side at the lower end.

The issue was discussed a number of times over the past year at the Piltown Municipal District meetings.  Cllr Breathnach told the Kilkenny People that works commenced on the project two weeks ago, and it is intended that they will be completed well in advance of the Solstice.