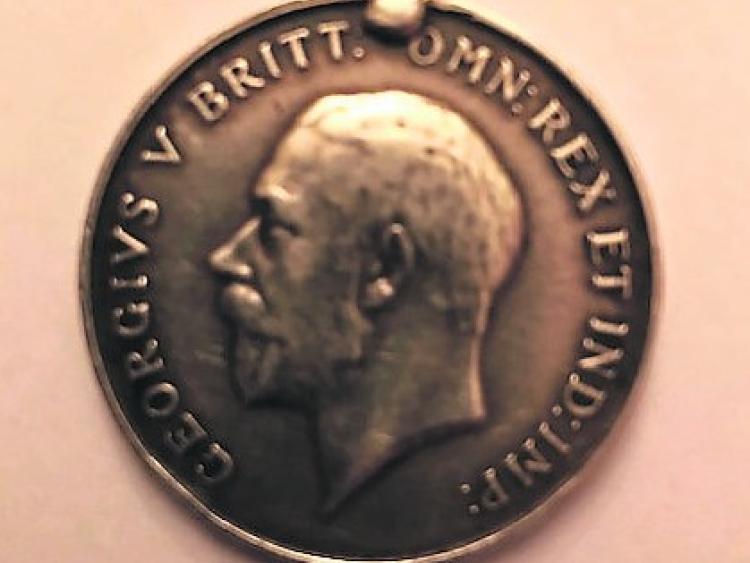 A kind hearted Kilkenny man sorting out the affairs of a deceased family member recently came across a medal awarded for service in World War I.
He now wants to reunite a Kilkenny family with the medal awarded during the Great War.
The medal was discovered a few months ago when a relative was going through his cousin's personal affects after he passed away.
The name of the soldier was John Brennan.
his service number, rank, name and unit are engraved on the rim of the ‘British War Medal.’
And the man who has possession of the medal at present saw the recipient’s name on a memorial in Callan.
“I would love, after 100 years, to return in to John Brennan's family” the man who wishes to remain anonymous said.
The medal was issued to officers and men of British and Imperial forces.
Recipients were required to have either entered an active theatre of war, or left the UK for service overseas, between 5th August 1914 and 11th November 1918 and completed 28 days of service.
The medal was automatically awarded in the event of death on active service during the above period.
Over 6,500,000 were issued, most being the silver version, the bronze version being awarded to those serving in foreign labour corps. If you would like to claim the medal please email Sean Keane in the Kilkenny People.