Emergency services are at the scene of another collision this morning 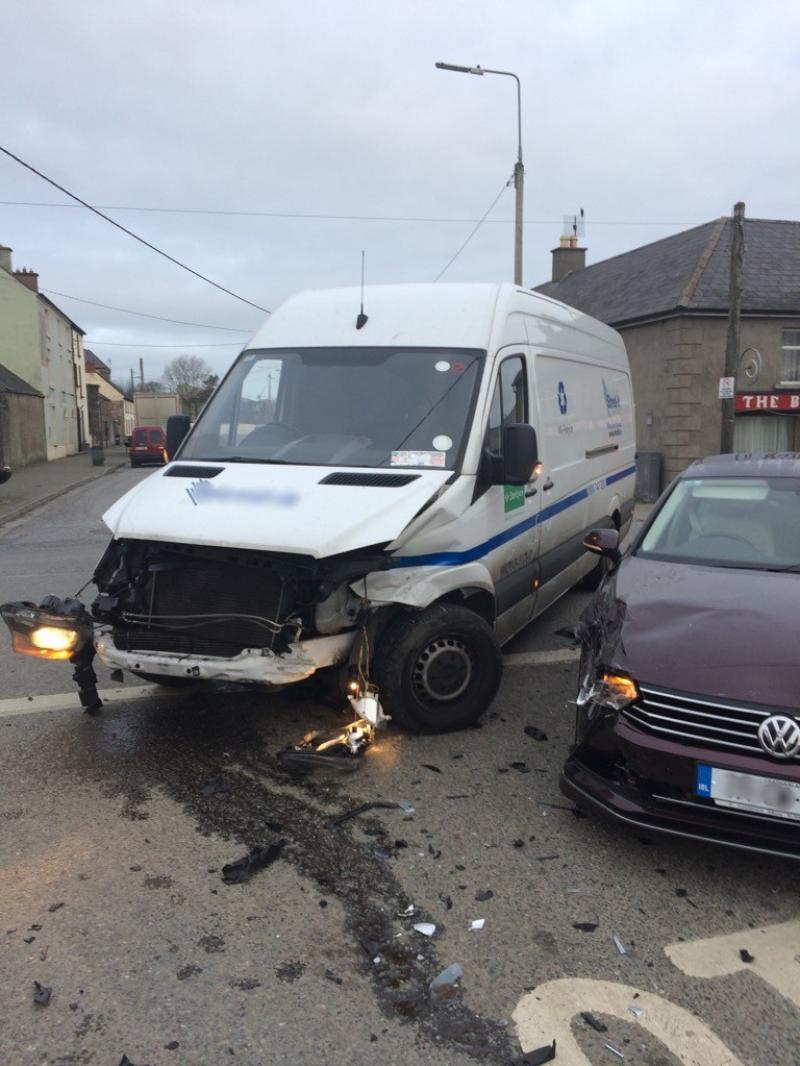 The scene this morning at the Murphy's Cross junction in Goresbridge, where a van and a car collided

A second road traffic collision in the space of a week has taken place this morning at the junction in Goresbridge.

A van and a car collided at Murphy's Cross, where on Wednesday, two cars similarly collided. Gardaí and emergency services are at the scene of the incident, and a man - the driver of one of the car - has been taken to St Luke's General Hospital.

Local man Denis Hynes says this latest crash highlights the need for the problematic junction to be prioritised in terms of safety measures. He says there have been ten incidents there - ranging from small tips to bad accidents - in the past 14 months.

"The kids were all walking to school at that time this morning," he said.

"I'm so annoyed and frustrated by this - there seems to be no appetite to fix it. But it's a major concern in the village, and it has to be prioritised now."

Following last Thursday's incident, a petition has been started in the village and surrounding area calling for safety works to be carried out at the junction. Mr Hynes says there has been a great response so far, and it already has more than 200 signatures.