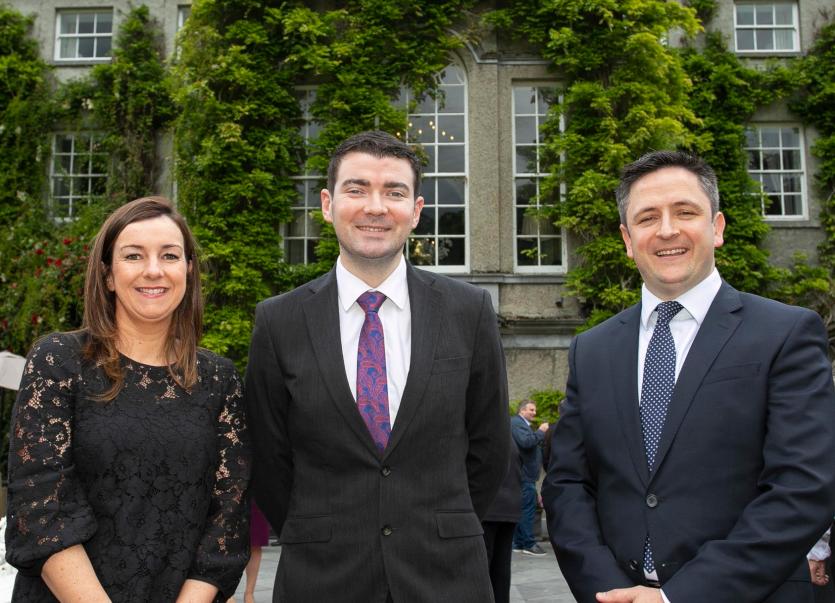 The Mount Juliet Estate marked the awarding of 5 stars today  by Fáilte Ireland with a celebratory lunch with the Minister of State at the Department of Transport, Tourism and Sport, Mr. Brendan Griffin TD in attendance.

“The five star classification from Fáilte Ireland will elevate Mount Juliet even further as a luxury destination to tourists for both the home and international markets. Mount Juliet continues to play a vital role as a contributor to the local economy, particularly for those industries linked to the tourism industry. It is a well-deserved accolade and recognition for the consistently excellent service from the team at the Mount Juliet Estate,” said Minister Brendan Griffin.

Mount Juliet General Manager Mark Dunne added “The awarding of the Fáilte Ireland 5 stars is a testament to the work of the team here at Mount Juliet, who endeavour to deliver the exceptional level of service and personality that this heritage estate merits. We look forward to building relationships with our neighbours and putting the Mount Juliet Estate on the international tourist destination map.”

The 5-star rating by Fáilte Ireland reflects exceptional standards across its two properties, the 32-bedroom Manor House and newly-opened, 93-bedroom Hunter’s Yard hotel, Michelin-starred restaurant the Lady Helen, the Jack Nicklaus designed signature championship golf and the wealth of country pursuits such as fishing, falconry and a state-of-the-art equestrian centre.

Under the command of Mount Juliet Estate’s Executive Chef Ken Harker and Head Chef John Kelly, contemporary fine dining restaurant, the Lady Helen, has retained its Michelin Star for 5 years in a row while The Hound in Hunter's Yard, awarded a Michelin Plate, offers an informal dining experience.

For nearly 300 years, Mount Juliet Estate has been recognised as one of Ireland’s finest country estates, a 5-star escape in the heart of Kilkenny’s beautiful countryside.