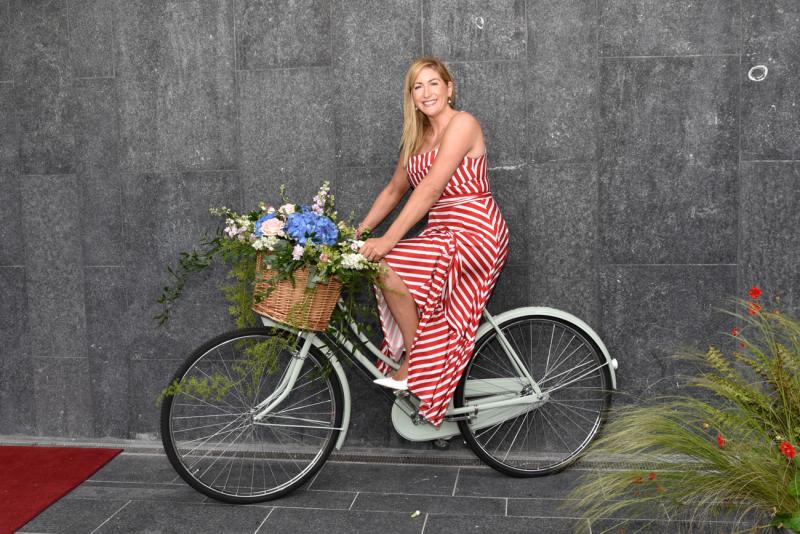 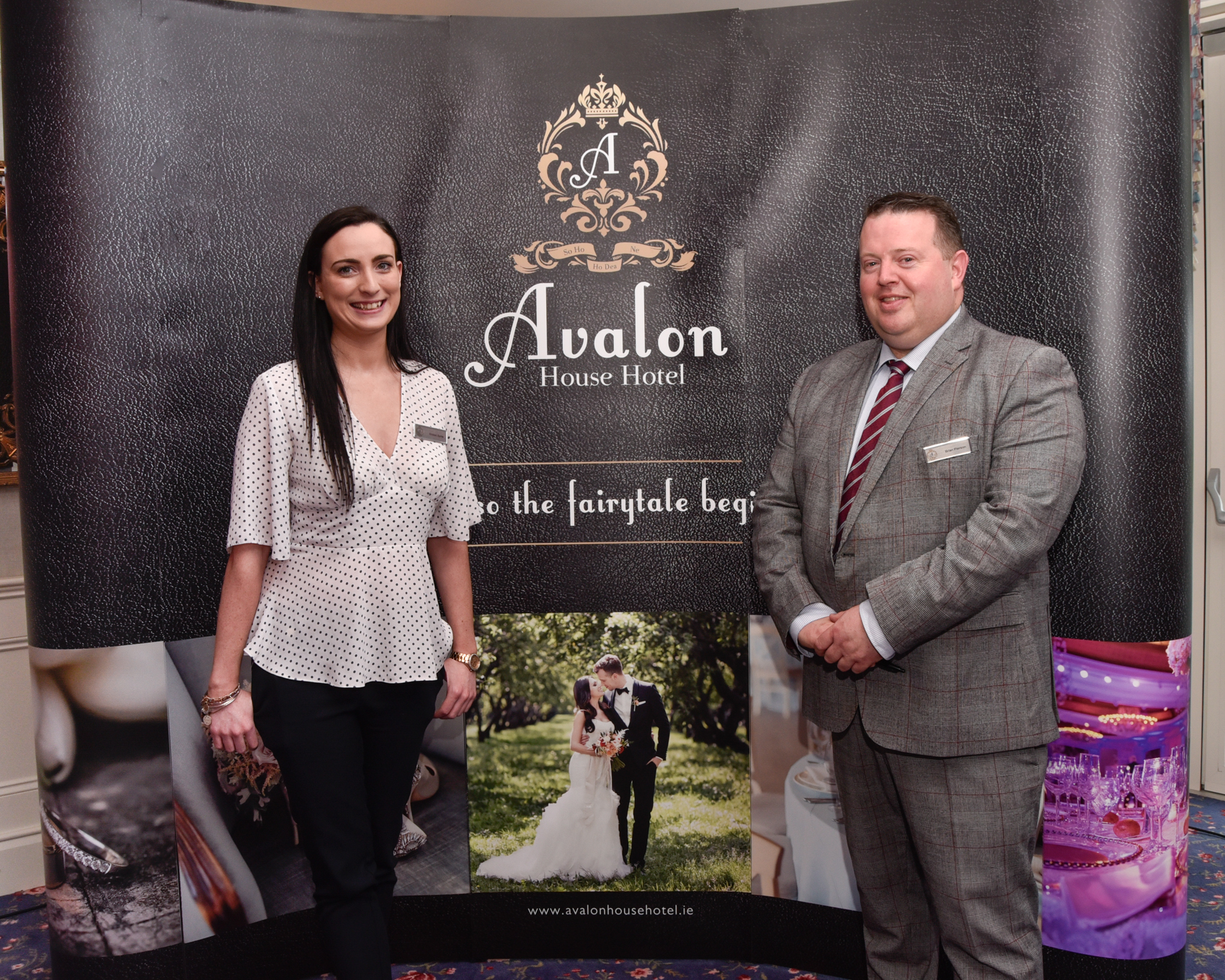 The fully restored 19th Century Manor boasts a new ballroom that can seat up to 240 people is a fantastic option for small, medium and large weddings and can offer almost full exclusivity of use.

Castlecomer man Cathal O’Dowd is the Head Chef, who favours artisan style of cuisine. Their philosophy is simple, Cathal told me “we are fanatical about seasonal fresh Irish produce from nature to plate. We encourage our wedding couples to mark their individuality on their menu so they can assemble their own package if they wish.”

Sean Comer, Head of Sales and Marketing also remembered their late owner at the showcase “we have being rocked by the passing of our patriarchal figure Joe Comerford, but we have vowed to march on in his honour.”

This Manor is all about country chic in its décor as old meets new. It is great to see that almost all the staff are originally from the Castlecomer, returning back home for work. There’s also a lovely story attached to the house - Joe Comerford’s mother in law Lil Coogan ran the house as a hotel some 25 years ago. The great lady still pops in to see that things are running smoothly in Lil’s Restaurant, aptly named after her! General Manager Brian Pierson says “it’s lovely to see Mrs. Coogan calling into us, we know we are doing things right when we get the smile of approval from her.”

Avalon House Hotel is opened seven days a week, lunch is served daily followed by an early bird menu which starts at 5pm to 6.30pm. Sunday lunch and Lil’s a la carte menu is popular and they have just launched a new bar food menu. For more details visitwww.avalonhousehotel.ie 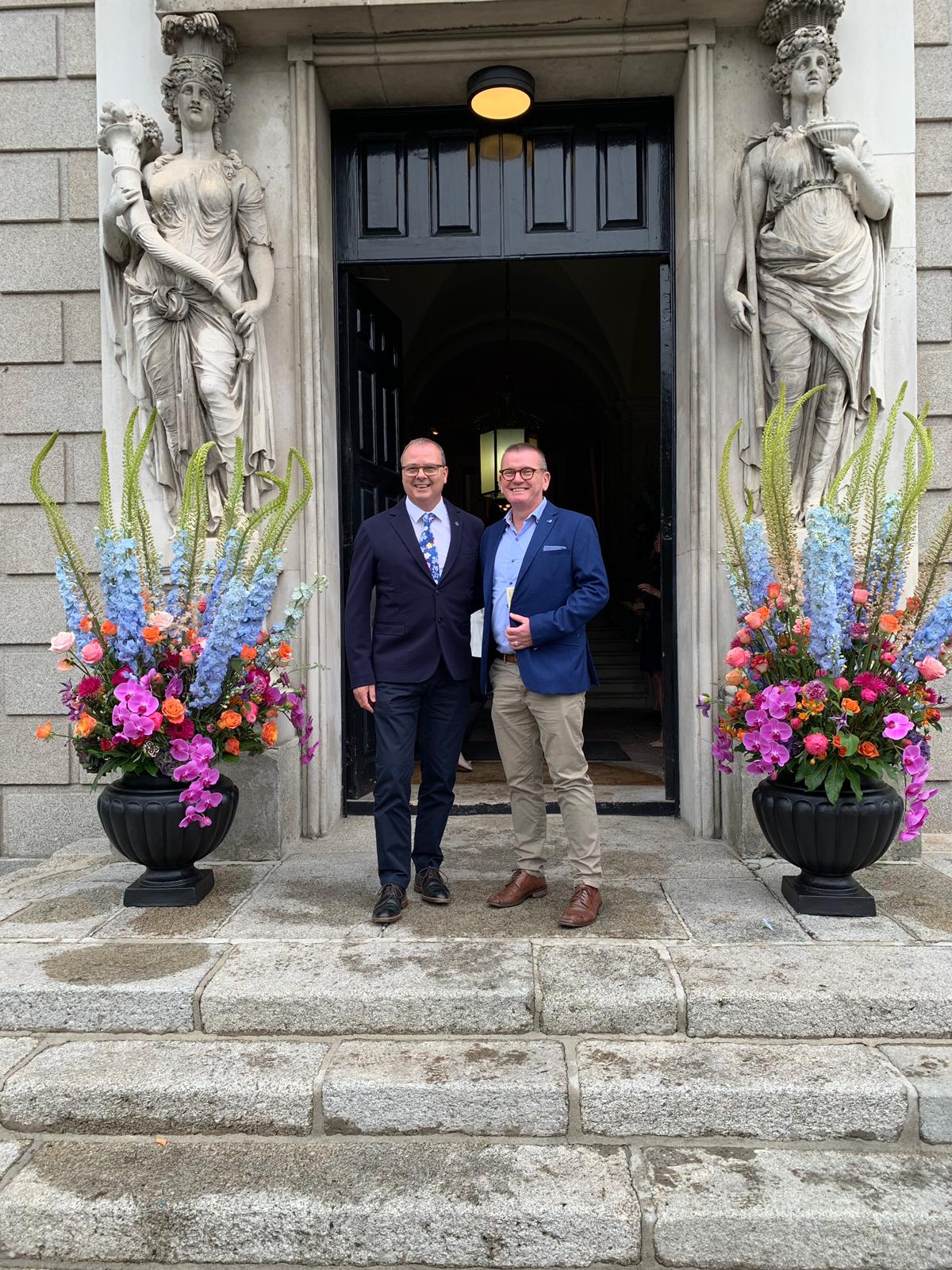 Master florist Lamber de Bie, pictured above with his husband Pat Fennessy,  was putting Kilkenny on the map this week as he met with the Dutch King and Queen on their official royal visit to Ireland. King Willem-Alexander and Queen Maxima of the Netherland’s trip was predominately about strengthening the relationship between Ireland and Holland and to show their solidarity to Ireland as a member of the European Union.

Out of 300 Dutch people that were invited to the reception, our Lamber was asked to have a private audience with the King. Lamber said he was impressed with the Kings incredible detail and interest in his flower business. 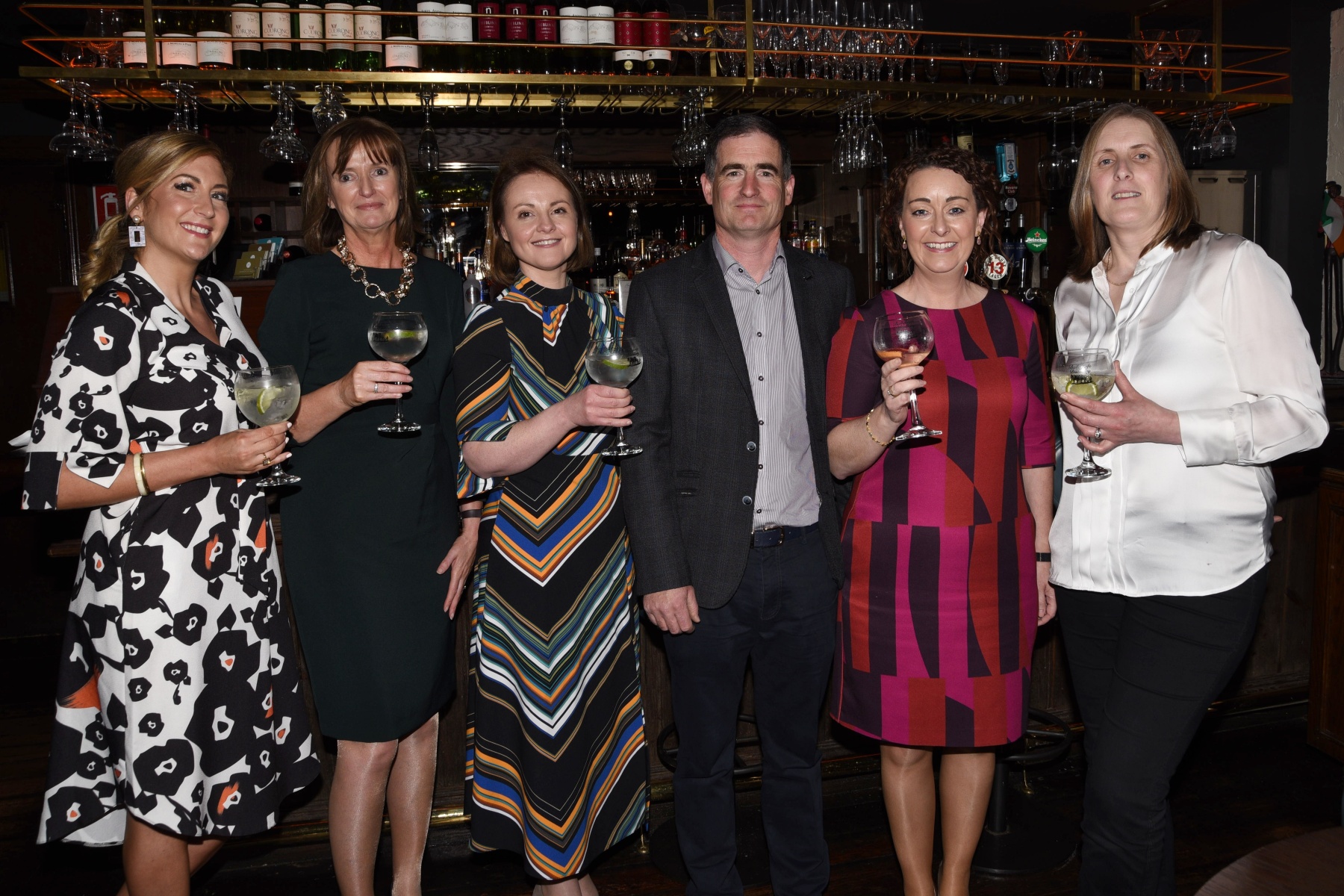 The 1950’s styled Harpers Restaurant in the four-star Kilkenny Hibernian Hotel introduced their new secret ingredient. At the launch of their summer dining experience, they unveiled Head Chef Cormac Vesey to Kilkenny. Cormac originally from County Meath, has cooked all around the world, gaining a wealth of experience and has just returned home from St. Tropez where he worked as a private chef cooking for an illustrious family.

Cormac has also worked in some of Ireland’s most renowned restaurants including the five-star Killarney Park Hotel, Waterford Castle Hotel and the Michelin-starred Cliff House Hotel, Ardmore. So Kilkenny is lucky to have him.

At the launch of Harper’s new summer menu Cormac told guests that he wants to serve “amazing local produce cooked well, with outstanding service and in a restaurant you will feel welcome in for any type of occasion.” In a nutshell that’s exactly what we experienced on the night from the amuse-bouche, ham hock terrine, beetroot and gin cured salmon, guinea fowl, sea-bass to heavenly deserts. Divine!

The face of invisible pain - Arthritis 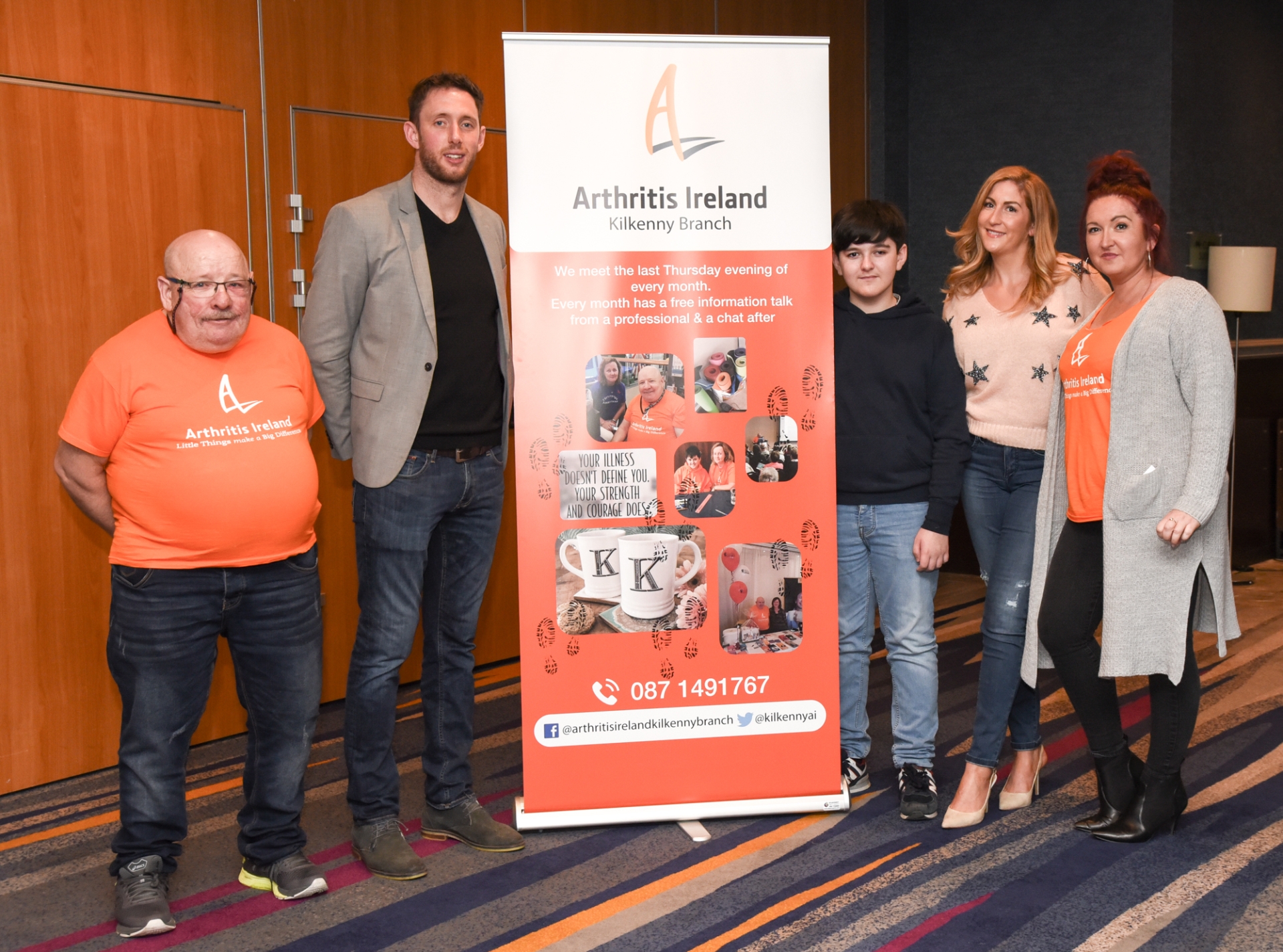 The face of arthritis is changing, it’s no longer a disease that affects the older generation and this was very evident at an information evening held recently by the Kilkenny branch of Arthritis Ireland who are helping to break the stereotype that one should be old, unfit or not athletic to get arthritis.

Look no further than the above photograph - Michael Fennelly, one of the fittest and healthiest sportsmen has Ankylosing Spondylitis, teenager Niall Cinal has Rheumatoid Arthritis, while I have Psoriatic Arthritis and still manage to wear my beloved high heels!

Fiona O’Neill, secretary of the Kilkenny branch says “there are nearly one million people – including 1,200 children – living with arthritis in Ireland. Through support services many are discovering how to take control of their arthritis, manage pain and how to get physically active; all of which can make a big difference to their quality of life.” 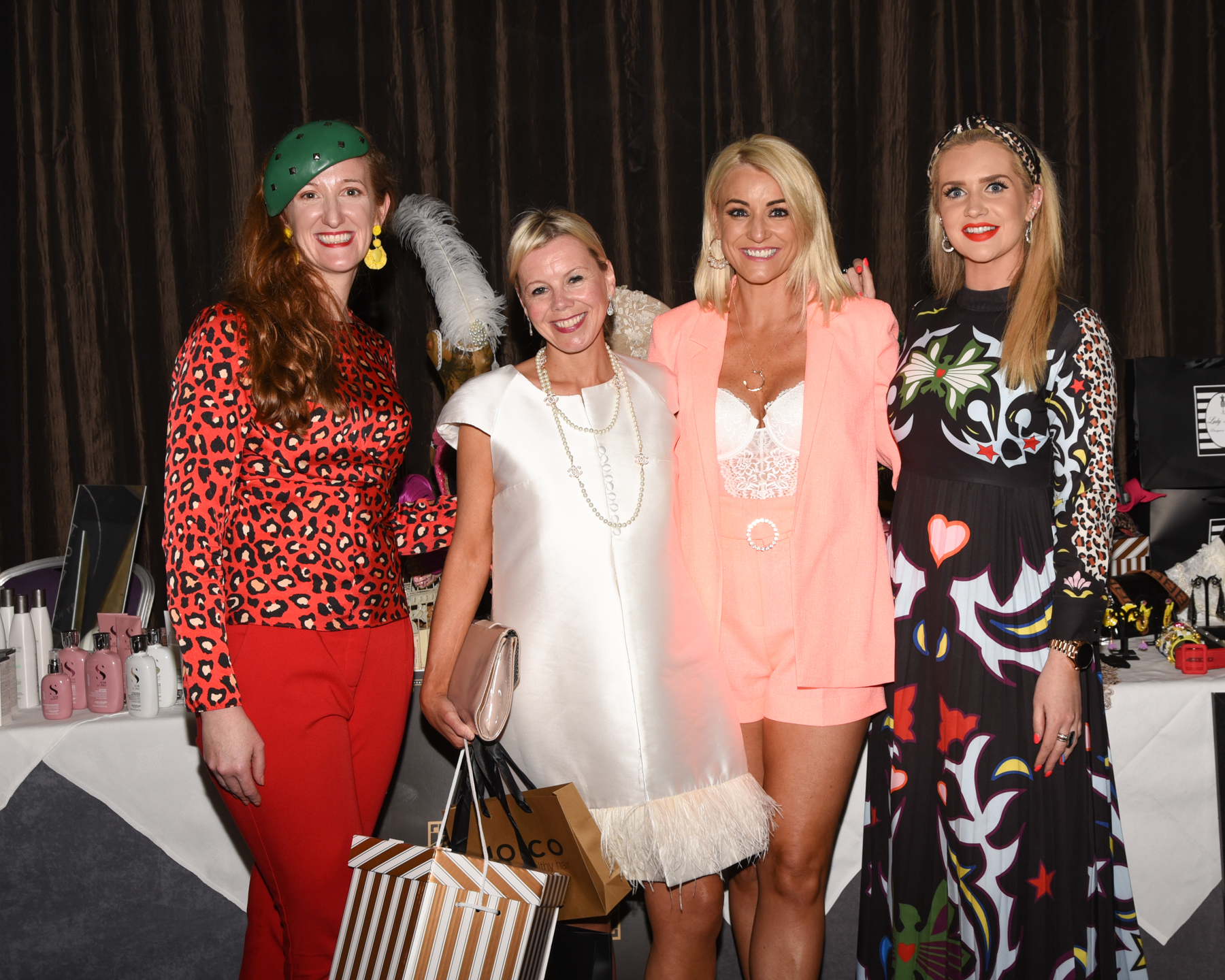 The Summer Soirée celebrated its second run as the foodie charity event of the summer with Helen Costelloe of The Cutting Vedge and Chef Anne Neary giving mouth-watering cooking demonstrations. The pair were egged on by none other than Edward Hayden who was the Celebrity Compere on the night.

Local shops showcased their goods and I had the job to pick the most stylist lady. Roisin Logan was our winner as she had the summer soirée attire down to a tee. Mary Massey of Goods Kilkenny received the Kilkenny Hero Award for all the support and advice she gives to women.

The fundraiser was for Burnchurch N.S. for the outdoor play and educational facilities. The Parents Associated raised €7,000 of which €1,000 will be given to Cois Nore.