Famine walk in Ballingarry to be led by activist Michael Blanch 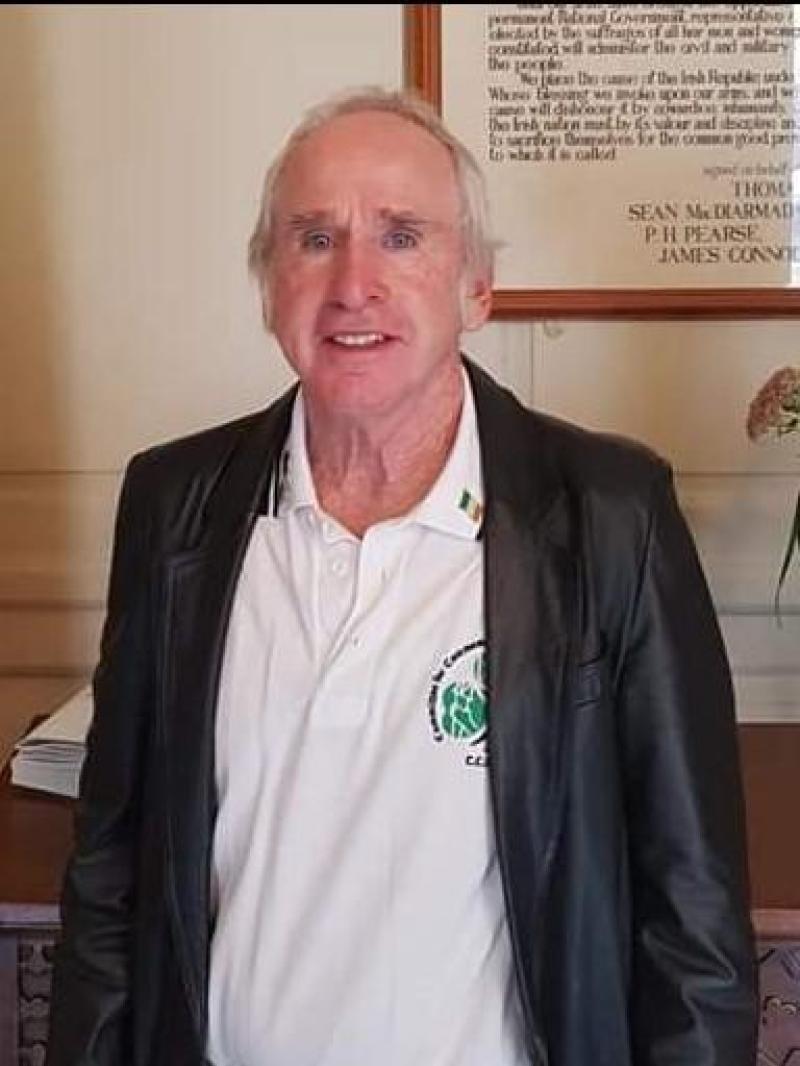 The annual Famine 1848 Walk will be led this year by prominent Great Famine activist Michael Blanch. The Walk takes place in Ballingarry on Saturday,   July 27 at 3pm. The Walk begins at the Young Ireland 1848 and national flag monument in the village of The Commons and proceeds to Famine Warhouse 1848, the OPW state national heritage site and museum. The distance is one and a half miles over gently ascending ground and is usually completed in 45 minutes.
The Walk commemorates the million people who died during the Great Famine of 1845-50, the million who fled into exile at the same time, and the 1848 Rising which took place in Ballingarry in response to the Famine.
The Walk remembers the locals who died or were jailed and the leaders of the Rising, William Smith O’Brien, MP., Thomas Francis Meagher, Terence Bellew MacManus and Patrick O’Donohoe who were captured, tried in Clonmel for High Treason and sentenced to death. They were subsequently transported to Van Diemen’s Land (Tasmania, Australia).
This year’s Walk Leader is Michael Blanch, Chairman of the Committee for the Commemoration of Irish Famine Victims. Blanch, a Dubliner, founded the committee in 2003 to campaign for a dedicated national famine day in the Irish public calendar.
He maintained that the greatest disaster in Irish history should be marked by the State by a national day. After a long and strenuous campaign his efforts were crowned with success this year when the State named the third Sunday in May as the date on which the annual national famine commemoration will be held in future. Heretofore the date has been arbitrary. In 2017 the national commemoration was held at the Famine Warhouse in September.
Blanch has been a tireless activist for the proper remembrance and commemoration of the famine by the State and its national cultural institutions. He has led an annual walk in Dublin from the Garden of Remembrance to the Famine sculptures at Custom House Quay where the Lord Mayor of Dublin officiates.
Memorial
Blanch’s committee campaigned for a memorial to mark an Gorta Mór in Glasnevin cemetery where the largest number of Irish famine victims are buried. Success was achieved when a high Celtic Cross was unveiled in the cemetery by President Michael D. Higgins when Glasnevin hosted the national famine commemoration in 2016.
The black and white ribbons used on the famine wreaths laid by ambassadors to Ireland on these occasions were also suggested by Blanch’s committee. The black signifies the deaths of the victims and the white the hope of the survivors.
This black and white ribbon has become a symbol of the day. The committee has also been responsible for the Lumper Schools Project where children are taught to plant a lumper potato of the kind common in Ireland before the Famine.
In co-operation with the Irish Prison Service, Blanch’s committee have been instrumental in making Travel Boxes which are replicas of the boxes used by those emigrating during the famine.
These emigrant Travel Boxes are now found in 26 locations around the world from Aras an Uachtaráin to workhouses and the famine ships the Dunbrody and the Jeanie Johnston. There are four boxes in Australia and two in the United States of America. A special one has been created for Ballingarry and this will be presented on the day of the Walk by Liam Dowling who is Governor of Arbour Hill Prison in Dublin. The Box has been made by prisoners in Arbour Hill. This Travel Box represents the emigration to the USA in 1851 of Margaret McCormack and her seven children who lived in the Famine Warhouse.
The Walk, an annual act of witness and remembrance, is organized by the Ballingarry 1848 Society, a voluntary society which promotes the Famine Warhouse as a tourist, heritage and education attraction mid-way between the Rock of Cashel and Kilkenny city. The Walk takes place whatever the weather. Participants are advised to be prepared for changeable weather conditions by bringing both a sun hat and an umbrella. Visitors will be able to enjoy the scenic location, almost a hidden Ireland, high in the Slieveardagh Hills, a house, now a museum, which is part of Irish national history, the historical exhibition within the house summing up mid-19th Century history.
There is also an Audio-Visual room. Light refreshments will be served, to a musical accompaniment, from the Tea Room.
The annual Walk is a great occasion when the people of Ballingarry and The Commons extend a warm welcome to all participants, walkers and non-walkers alike, and to national and international visitors.