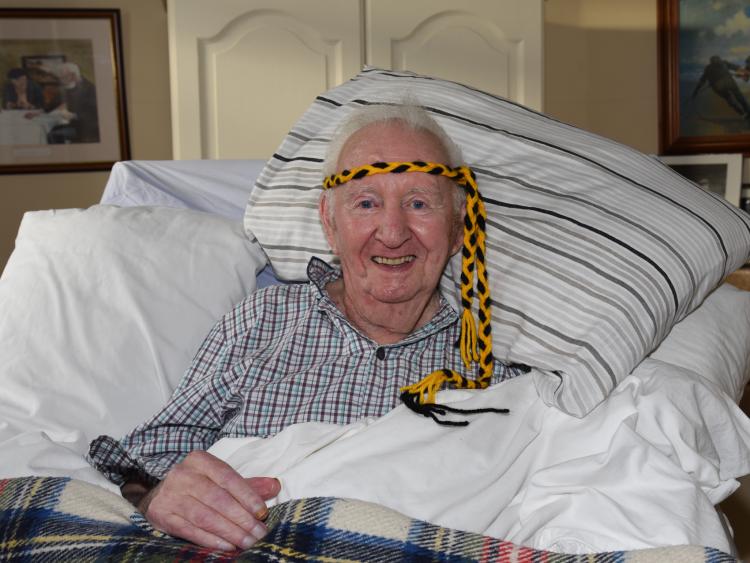 Tommy Cummins, commonly known as Brad, is one of Kilkenny biggest hurling supporters! Despite being nearly 94 years of age, Tommy could not be held back from supporting the Cats! He watched and cheered on the homecoming of the boys in black and amber from the window of his home in Assumption Place beside Nowlan Park. Tommy is a mere fortnight shy of being 94 and formerly worked in Langtons.