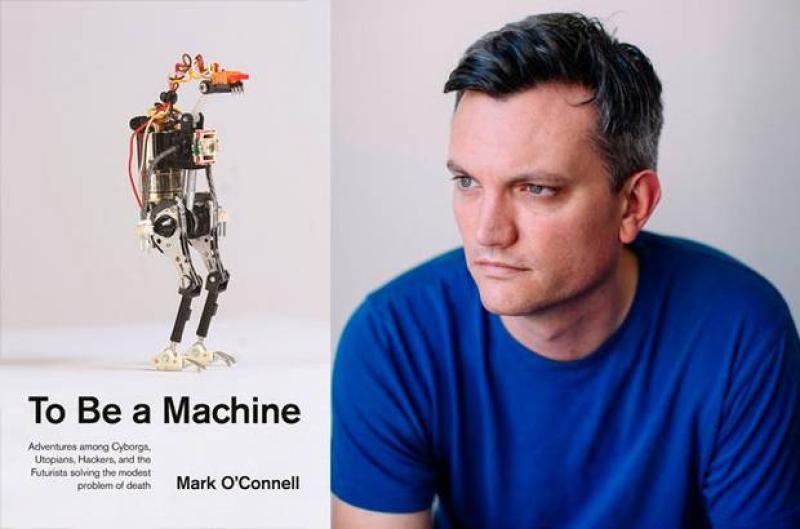 He received the award and a cheque for €10,000 last night at a ceremony in Trinity College Dublin for his debut To Be a Machine, an exploration of transhumanism. This is the first time the €10,000 award has been made for a work of nonfiction.

This is the second major award that Mark has picked up for the book. Last year he received €30,000 after winning the Wellcome Book Prize 2018.

Transhumanism is predicated on the idea that we can and should use technology to change the basic facts of the human condition and to become ultimately, immortal.
O’Connell, has sparked a global wide debate on what it means to be human and the seemingly, unstoppable quest for immortality among certain people all over the world.
A brother of John O’Connell, the Rose Inn Street pharmacist, he has already received huge critical acclaim for his work.
The strength of the book is its depth of research. He hung out with a computational neuroscientist as part of his research and others who are convinced that transhumanism is the way to go.

The prize is awarded for a body of work by emerging Irish writers that shows exceptional promise. The author joins the auspicious ranks of former winners such as Colin Barrett, Sara Baume, Anne Enright and Frank McGuinness among many others.