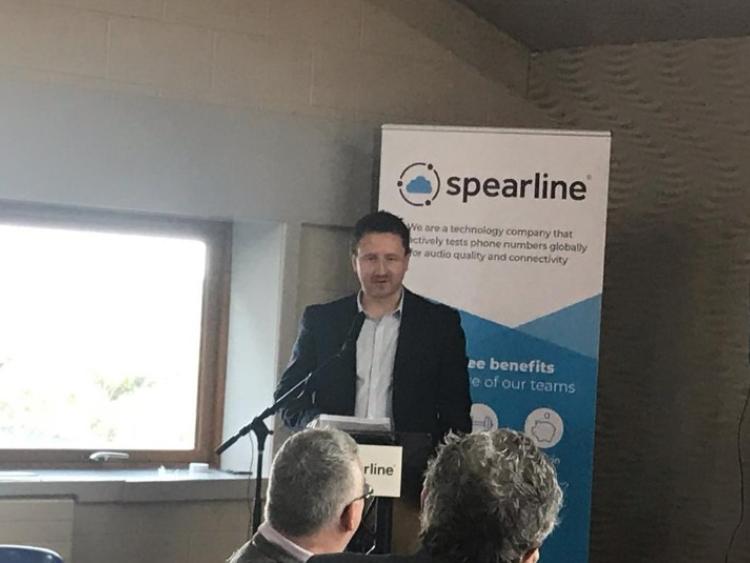 Announcing Spearline’s investment and job creation in Waterford, Mooncoin man, Liam Dunne, Chief Commercial Officer (CCO) at Spearline said: “Today, I am delighted to announce that we are expanding our team here in Waterford by 24 new team members.  Spearline has grown by over 600% in the past four years and we plan to continue investing in the local economy by creating employment into the future. I am one of 11 WIT graduates on the Spearline team; we have six Commercial Software Development graduates.  I am honoured to represent Spearline in Waterford and to have the opportunity to grow our base - both in terms of international customers and team members," Liam said.

Liam is from Mooncoin in South Kilkenny where he has three children in Carrigeen NS. Liam’s wife Sharon is a primary school teacher in Ferrybank Boys NS. Two other people from Mooncoin parish are also working with Spearline with Richard McDonald a Business Development Manager from Clogga, Mooncoin and Kelly Russell from Carrigeen, Mooncoin who is Head of Sales Training.

Officially opening the Spearline office in Waterford, Professor Willie Donnelly, President at Waterford Institute of Technology (WIT) said: “The institute is delighted Spearline has chosen to open its global sales office in ArcLabs Research and Innovation centre on the West Campus.  Spearline was founded by WIT graduates who have rapidly grown the company on the international stage. We wish them the best of luck in their future development and look forward to extending our partnership.”