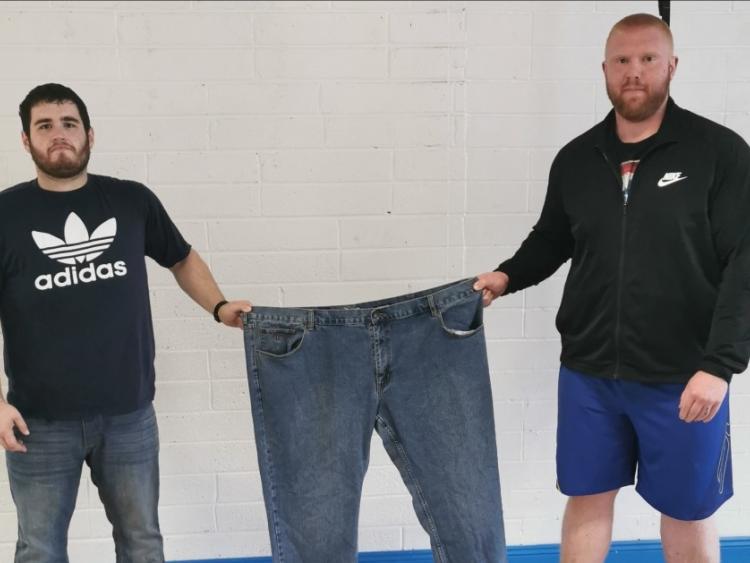 A Kilkenny man is celebrating this week after hitting his target weight, having lost an incredible 16 stone and 12 pounds in body weight in just 24 months through exercise and an overhaul of his diet. And today he thanked the Kilkenny man who helped him shed the equivalent of a professional rugby player saying “Davy, I couldn’t have done it without you”.

In September 2017 Jason Foran, from Callan, tipped the scales at 32 stone 8 pounds. Although he was only 25 years of age, Jason was on blood pressure tablets and in and out of hospital owing to his excess weight. “I was morbidly obese and had a 58-inch waist”, he commented. “I walked slowly and was short of breath and in discomfort”. 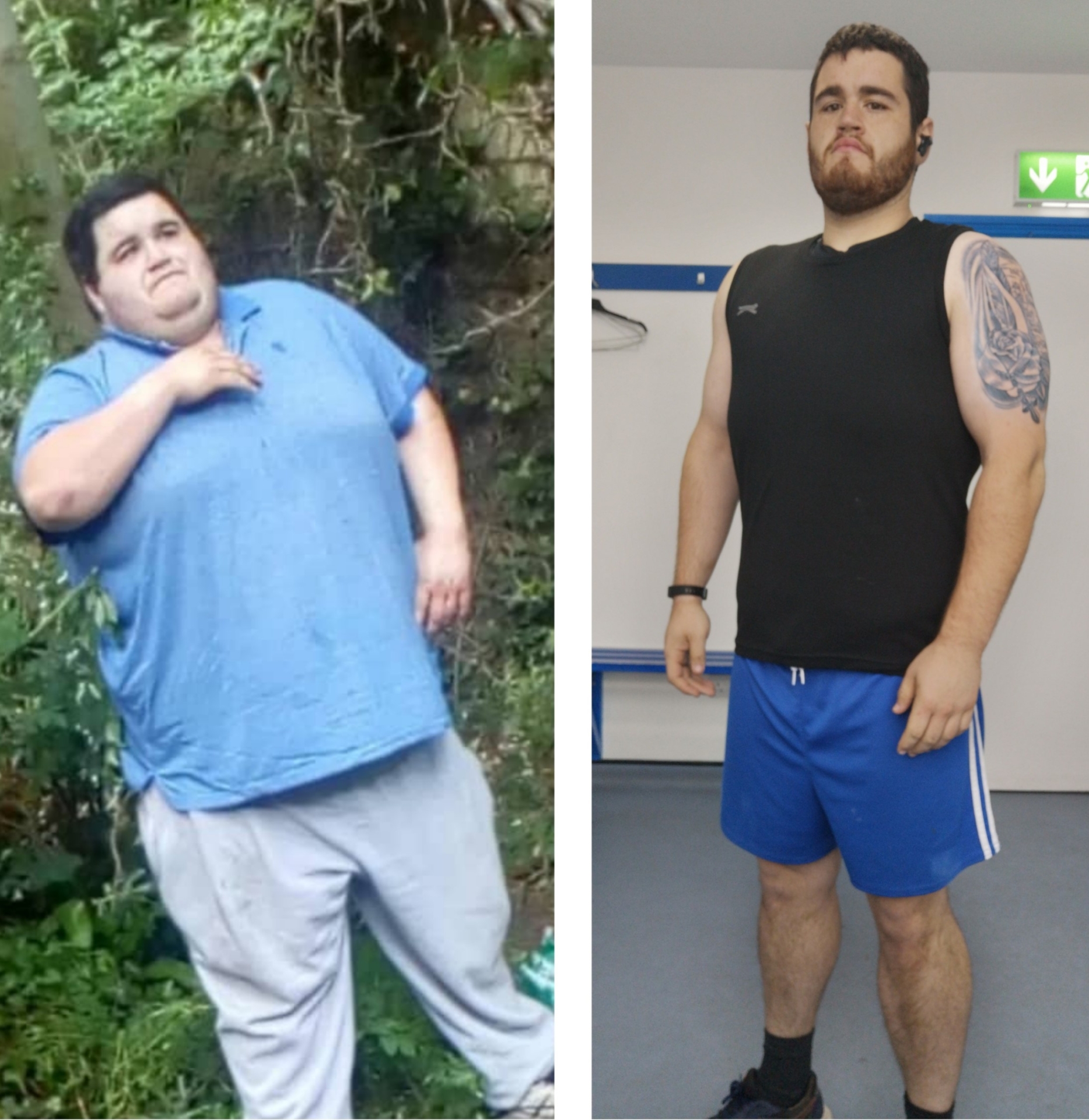 Realising he had to take action, he willed himself to pluck up the courage and walked into Davy Jones Fitness in Hebron Industrial Park.

“It took all the courage I had to walk into Davy Jones Fitness. I had heard about Davy and knew he had his own weight loss transformation but I was still nervous that people in the gym would stare and comment about me. But no one did. Everyone at Davy Jones is there for a reason and everyone was welcoming. There’s every type of fitness catered for at Davy Jones Fitness, from people getting ready for strength sports, to people preparing for marathons to the average person training to become fitter and healthier.  It’s a proper working gym and that’s what I needed”, said Jason

“Davy was fantastic. He listened and was really encouraging and just took me under his wing.  Being the weight I was, Davy started with a gentle programme. I was desperately unfit – I couldn’t walk far without being out of breath. We started with some light cardio and small weights and a calorie deficit diet”, added Jason.

Davy, who once tipped the scales at almost 25 stone, transformed his own body through exercise and a proper diet who compete in Strongest Man competitions. Currently, he is the fourth strongest man in Ireland. As the proprietor of Davy Jones Fitness and Personal Training, he offers weight loss, weights, strength, flexibility and mobility training in both groups and one-to-one sessions.

“I knew how Jason felt and wanted to help him. I had my own weight issues in the past and transformed my own body. I didn’t want to shock the body so we started very gently and gradually built up the programme bit by bit. Eventually, Jason was here five times a week for up to two hours a day, getting fitter and stronger. What Jason has achieved in two years is phenomenal – a loss of almost 17 stone is the equivalent of a professional rugby player. There’s players togging out for the Rugby World Cup weighing less than what Jason has lost in body weight”, said Davy.

As well as shedding 17 stone in body weight, Jason has lost 22 inches off his waist. “My waist was 58 inches and now a 36-inch waist is loose on me”, said Jason. “People who knew me don’t recognise me now. Not only am I fully off blood pressure tablets and my blood pressure is normal. I run 10k in a time of 63 minutes and, in an average week, I will now run over 100 kilometres. As well as losing weight, Davy worked with me to build lean muscle. While I have some excess skin, it’s not bad because we worked so hard to build lean muscle”, he commented.

“I am so happy – my life is transformed and I am so grateful to Davy. I couldn’t have done it without him.  I would say to anyone who has weight to lose and is feeling down ‘Look at me, it can be done’”, said Jason.