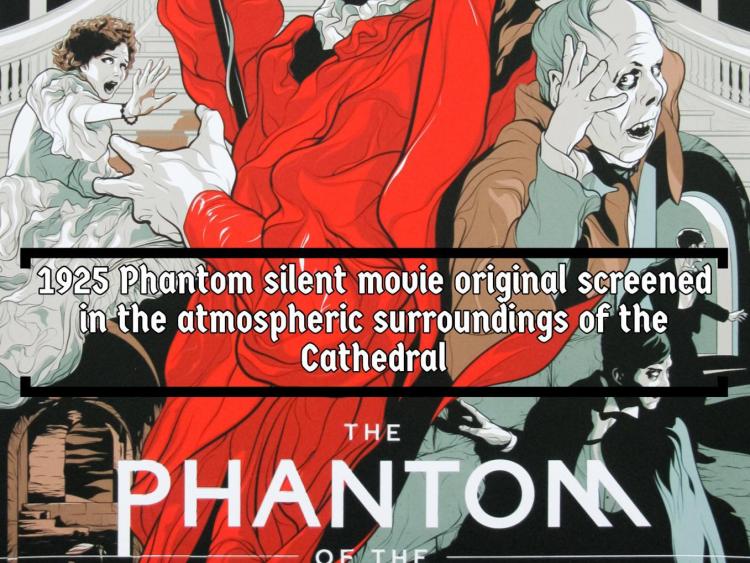 In the atmospheric surrounds of the 13th Century cathedral, there will be a very special screening of the 1925 silent movie Phantom of the Opera — complete with a live score performed by resident Director of Music Bartosz Thiede on the cathedral’s restored 1853 Bevington organ.

Starring Lon Chaney, Mary Philbin and Norman Kerry, Phantom was a film whose production was troubled from the very beginning - and yet it became a classic. Transport yourself to 1890s Paris and take delight in the terror in the unmasking of the Phantom that dwells within the depths of the Grand Opera House.

The Paris Opera has a resident phantom, who demands tribute in the form of his own private box for every performance. When crossed, he tends to leave a trail of strangled bodies. Meanwhile, Raoul is a nobleman who has just been dumped by his love, Christine. It seems that she has a spectral music teacher who promises to make her the prima donna of the opera.

Proceeds from the screening will go towards funding a new choral music festival to be held during Holy Week 2020.

Tickets: Full Price €15; Students and Over 65s €10; Under 18s €5. Tickets are available from Eventbrite or the cathedral shop.