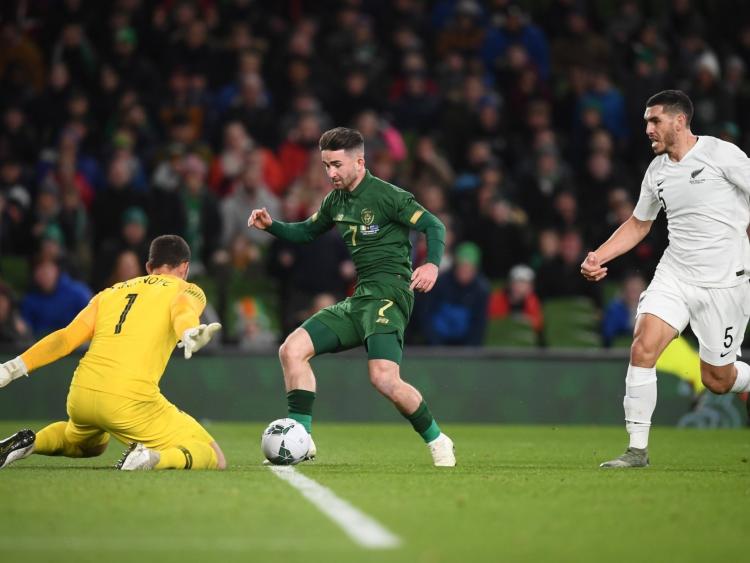 Irish eyes were smiling after Seanie Maguire netted his first senior international goal for the Boys in Green.

The Kilkennyman was on target for Mick McCarthy's side as they beat New Zealand 3-1 in a friendly at the Aviva Stadium.

Having trailed to an early Callum McCowatt goal, Ireland drew level through Derrick Williams before half-time.

Maguire made his mark in the second half, opening his international account when shooting Ireland in front with a sweet 52nd minute strike from outside the box. His finish, as well as his overall display, earned the Preston North End player the Man of the Match award.

Ireland, who added a third through Callum Robinson late on, will use the game as a platform for their crunch Euro 2020 qualifier with Denmark on Monday night.