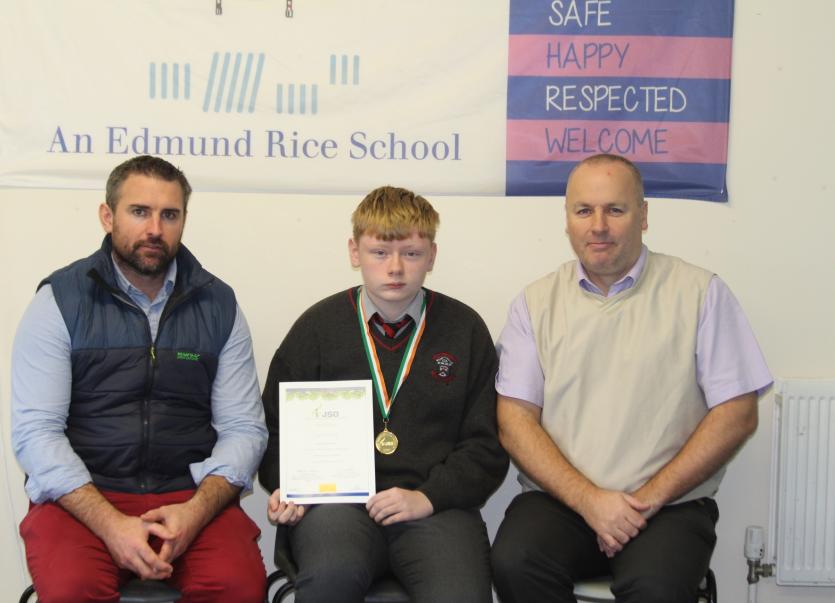 CBS Callan student Luke Minogue has won the top prize in Ireland in Maths and Science.

QATAR
At the IrJSO competition, all participants were examined in Maths and Science. Luke’s performance was exceptional and received a Gold Medal award, seeing off stiff competition nationwide. He now goes on to represent Ireland at the annual International Junior Science Olympiad in December in Qatar.

Science teacher Joseph Brennan and Maths teacher John Timmons when asked were delighted for Luke. Both teachers expressed the view that Luke was a leading light in both subjects.

“Luke has always shown great interest in science and has done a lot of independent study in all areas of science,” said Mr Brennan.

Mr Timmons added: “Luke always performed to the top of his ability, never giving up and will be a fantastic representation of CBS Callan, Kilkenny and Ireland in the International competition in Doha.”