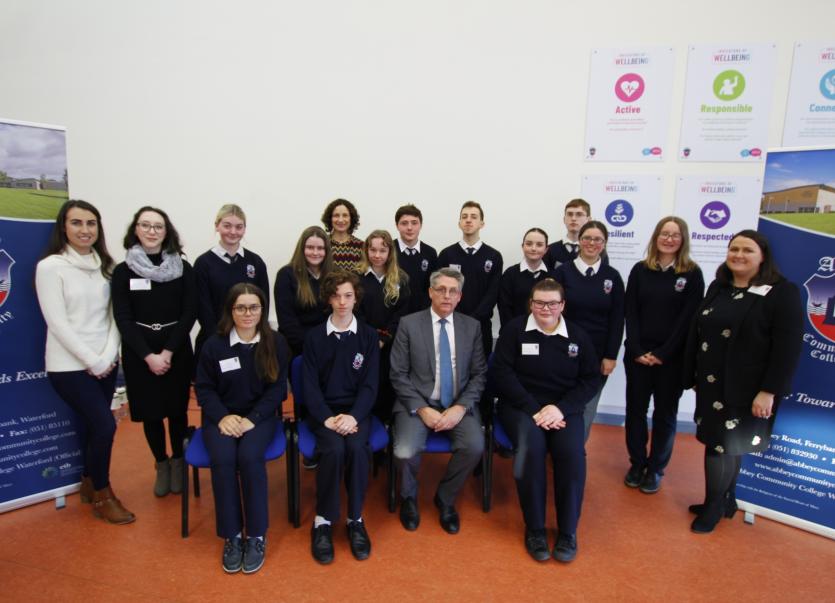 One of the world’s most distinguished experts on human trafficking has called on local secondary school students to lead the way and change this country’s moral compass in the fight against modern day slavery.

Speaking at Abbey Community College in Ferrybank, Kevin Hyland OBE urged the students to ‘use deeds not words’ to raise awareness.

“You can turn things around in this country and you can begin by encouraging your local politicians, local authorities and local agencies to speak up and raise their voices against human trafficking and slavery,” he said.

Mr Hyland held his audience in thrall as he spoke of human trafficking from both the UK and Ireland and the part many people played in the dramas unbeknownst to themselves. It was essential, he said, that we be aware of human rights so that we could help frightened, vulnerable people who were unaware of their rights. 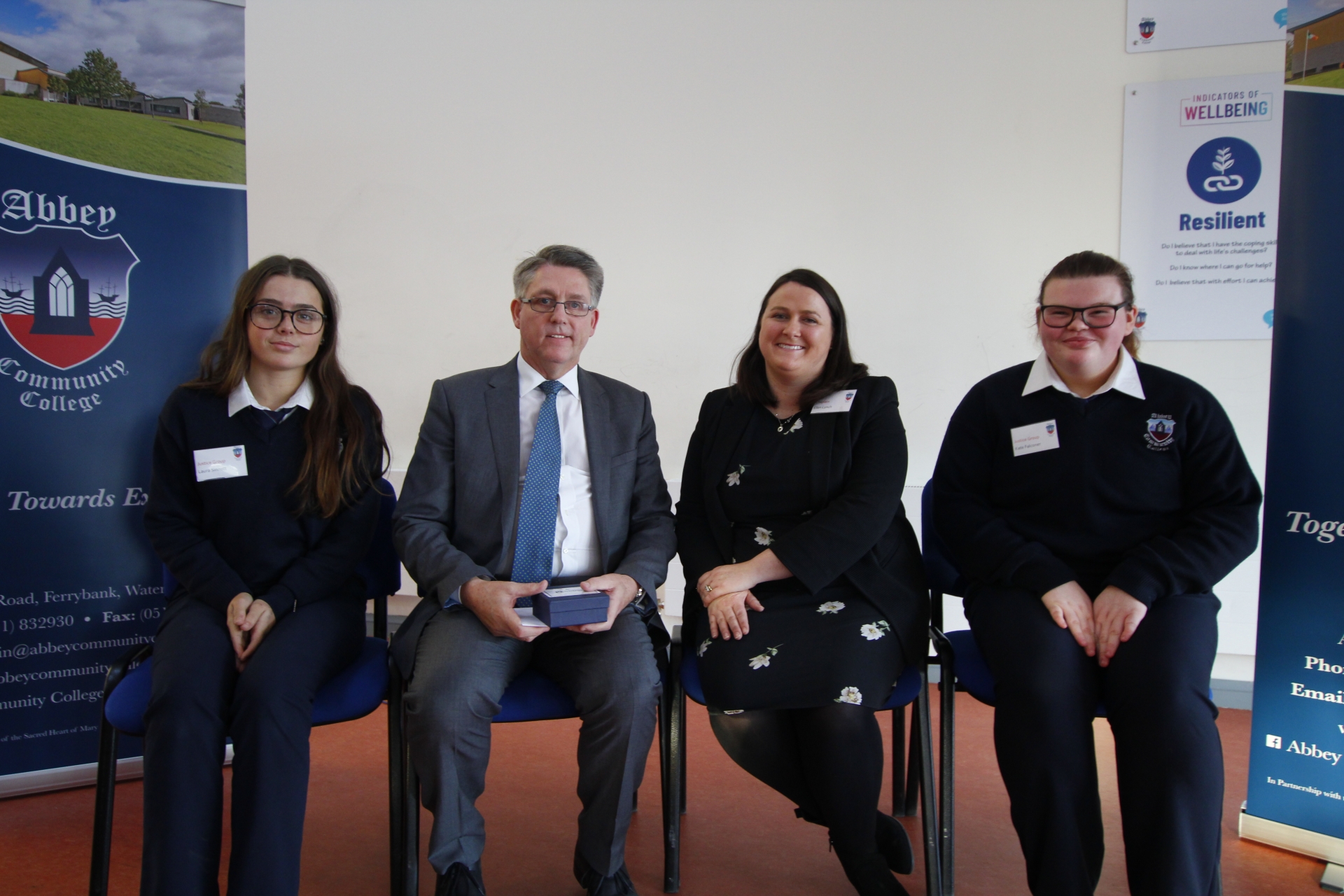 During a 30-year policing career, Mr Hyland specialised in investigating serious, organised crime, including homicide, sexual offences and corruption. He was the Chief of London’s internationally recognised Human Trafficking Unit.

In 2014 he was appointed the UK’s first Independent Anti-Slavery Commissioner and in 2015 was awarded an OBE for his work fighting human trafficking. He has advised governments, businesses and NGOs across the world in development of human trafficking legislation, strategies, policies and training.

When questions were opened up to the floor, student Jack Donohoe asked about the organisations young people could contact to get involved in the fight against human trafficking.

Abbey students and Justice Group members Kate Falconer and Laura Sinnott thanked Mr Hyland for his engaging talk and made a presentation to him on behalf of the school.