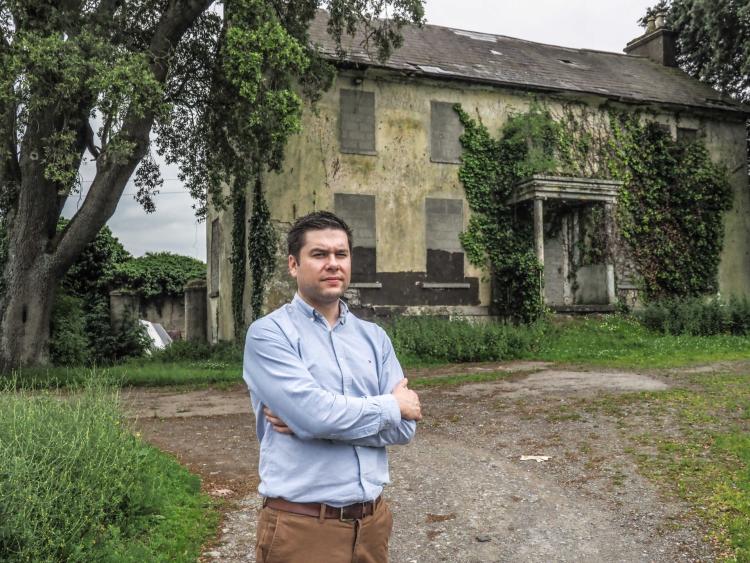 Picture from 2017: Cllr Andrew McGuinness outside the house at Hebron, which he has repeatedly highlighted as a hotspot for illegal activity

A local councillor has again raised serious concerns over a derelict house on the outskirts of Kilkenny City, and ongoing illegal activity in its vicinity.

Cllr Andrew McGuinness again raised the issue of Hebron House at the November meeting of Kilkenny County Council. He has brought it to the council’s attention on several occasions previously, including a site visit in 2017 which revealed a massive illegal rubbish dump.

“I have raised it several times,” he said.

"The premises is full of illegally dumped rubbish. It’s home to dozens of horses, again — I believe — illegally. It is a danger to people, to children and animals.

Director of services Mary Mulholland said the property did not fit into the brief of vacant homes, and was not a suitable property to be brought back into use for social housing. It is instead something to be dealt with under derelict sites.