Transition Year students from CBS  Kilkenny were given VR headsets 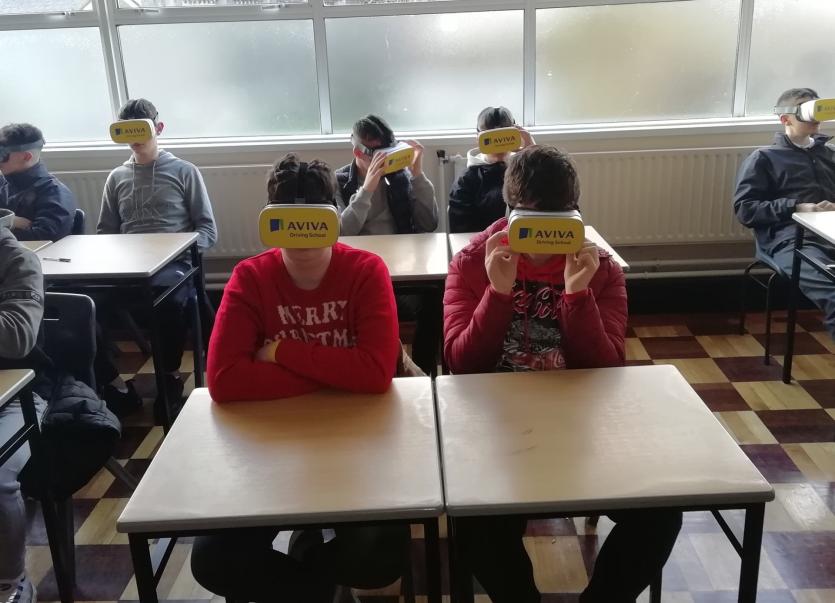 A new virtual reality road safety campaign has been launched in Kilkenny today, with local students getting a firsthand glimpse of what a harrowing road traffic collision looks like.

Kilkenny County Council teamed up with the Gardai and Aviva to launch the campaign, which is to be rolled out to schools in Kilkenny as part of an attempt to increase road safety awareness among future drivers. Transition Year students from CBS  Kilkenny were given VR headsets which placed them in the passenger seat of a car that crashes into another vehicle as a result of dangerous driving.

The video appears to show one of the people who is in the backseat severely injured, as they go through the front window as a result of not wearing a safety belt.

In a very realistic video, the observer is in a car with other young people going along a country road, while the driver shows messages on his phone to the passengers in the back, and is not paying full attention to the road.

All visibility on the video is suddenly lost. The lights come back on, and the paramedics have arrived to try and salvage the situation, while others in the car are left bleeding and upset.

Director of services at Kilkenny County Council Tim Butler believes the use of this technology could prove to be extremely beneficial in ensuring that young people are aware of the dangers of driving without care. Garda Kieran Scanlon Junior Liaison Officer says it's a great opportunity to use technology to demonstrate to young adults the impact of poor driver behavior.

"Learning from mistakes is something you can’t afford to do on the road because one mistake might be one mistake too far – you only have one life. This experience should ingrain the vital message of road safety into the minds of young people," he said.

Thanks to the CBS Kilkenny for facilitating the first demonstration in Kilkenny and in particular Ger Morrissey, TY co-ordinator.