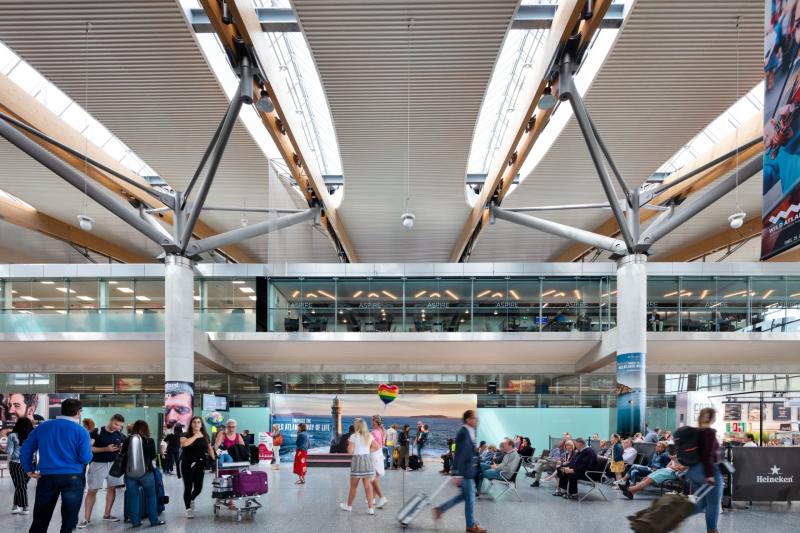 Cork Airport is the international gateway to the South of Ireland and is uniquely positioned at the start of Ireland’s Ancient East and the Wild Atlantic Way.

Cork Airport, Ireland’s fastest growing and most punctual airport, generated €904 million for the Irish economy in 2019, according to findings in an economic impact study released today. The report, conducted by global management consulting firm InterVISTAS Consulting, revealed Cork Airport also contributed to the employment of 12,180 people in Ireland, equivalent to 10,740 full-time jobs, earning a total of €457 million.

Mr MacCarthy added: “In total, Cork Airport directly supports 2,200 jobs at the airport itself with daa employees, airlines, ground transport, handling, maintenance, food and beverage, logistics companies, Government agencies and hotels. Of the total Gross Value Added by Cork Airport to the economy, €173 million of that is a result of these direct jobs, and each one of those 2,200 people have made Cork Airport the success it is today as it continues to be Ireland’s fastest growing airport.”

InterVISTAS Consulting’s economic impact study also found Cork Airport’s connectivity score — an indicator of an airport’s access to the global air transport network — is the second highest in the country.  There are over 50 routes on offer from Cork Airport to the UK and Continental Europe, along with multiple daily long-haul connections worldwide through major European hub airports served from Cork. Among the three new routes already announced for Cork Airport for 2020 is KLM Royal Dutch Airlines’ new daily service to Amsterdam Schiphol, from March 30 offering connectivity to the airline’s extensive network of 170 destinations worldwide.

Additional new flights for 2020 announced to date also include Ryanair’s direct flight to the Croatian coastal city of Zadar; and a twice-weekly service to Katowice, Poland. The latter is an extension of the airline’s winter schedule route which is currently operating.

Head of Aviation & Commercial Business Development at Cork Airport, Brian Gallagher stated that the range and density of Cork’s network provides the region with high levels of connectivity.

“Some of the world’s biggest companies choose to do business in Cork and the surrounding counties due to our exceptional connectivity. Along with four daily departures to Heathrow, connecting to the extensive British Airways world network, we have double daily flights to Manchester connecting to Virgin Atlantic and Etihad networks. We also have double daily departures to Paris CDG with Air France and Aer Lingus in peak months.

“We also offer 12 weekly departures to Amsterdam with Aer Lingus, and from March 30, we will welcome KLM Royal Dutch Airlines’ new daily service to Amsterdam Schiphol Airport. This year, we are also delighted to have a second daily Cork to Paris-Charles de Gaulle flight commencing with Air France. As Air France’s global flight network spans across five continents — from Los Angeles to Hong Kong, Johannesburg to Cuba, this will make long-haul options from Cork Airport even easier and more convenient,” he added.