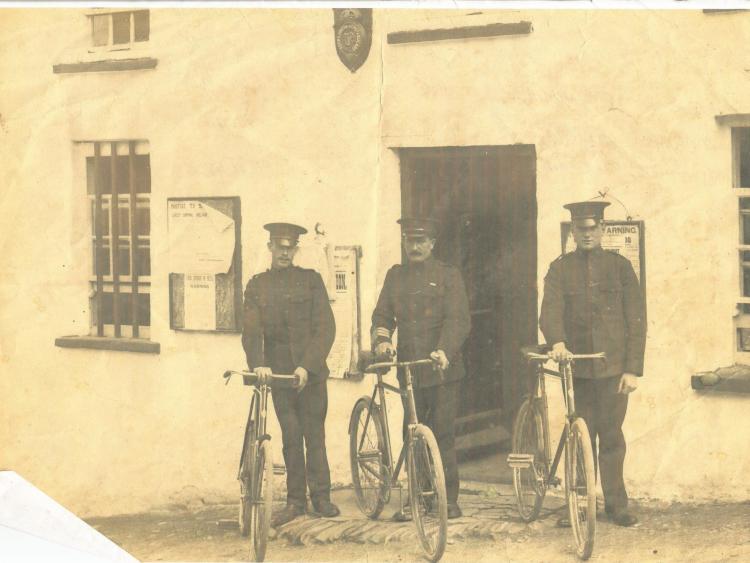 Hugginstown has an important place in the history of Kilkenny. On Sunday, March 8 the community will commemorate one of its most pivotal events, the attack and capture of Hugginstown RIC Barracks exactly 100 years ago.

It was a seminal moment in the War Of Indepenence when volunteers of the 1st and 7th Battalions of the Old IRA laid siege to the outpost. The names of the local Hugginstown Company of the IRA are still recalled today and a song in their honour was penned at the time which is still sung today.

It was the third successful RIC Barracks attack of the War of Independence in Ireland of 1919-1921.
Events will begin at 2pm on Sunday, March 8 when local author and historian Jim Maher, author of In the Shade of Slievenamon, The Flying Column, West Kilkenny 1916-1921, will speak about that event of 100 years ago in Hugginstown village and then Jim will unveil a plaque at the site of the old RIC barracks.

After the attack in Hugginstown most of the rural RIC Barracks in Ireland were vacated.
One RIC man, Constable Ryan died as a result of injuries received during the attack on the barracks that night and he was buried in Ballybricken, Waterford.

On Ascension Thursday of 1920, the local Hugginstown company of the IRA bombed and burned the vacated barracks so that it could not be reoccupied by the RIC or the Black and Tans.
There were many arrests made by the RIC after the capture of Hugginstown barracks.

Many men from the local area were arrested and were sent to Belfast prison and then most of them were sent over to Wormwood Scrubs prison in London.
Those Kilkenny prisoners joined with other Irish Prisoners in Wormwood Scrubs on a hunger strike for 21-days when the prisoners were promised unconditional release.

The Hugginstown fife and drum band met the Hugginstown prisoners that were on hunger strike after their release at Ballyhale Railway station and led a huge concourse of excited people in parade formation to Hugginstown village where they received an enthusiastic reception before a huge bonfire in their honour in the centre of the village.
Celebration

There followed an all-night celebration before the hunger strikers, eventually retired to the quiet shelter of their comfortable rural homes.
The local ballad-maker, Paddy Carroll, did not forget to sing their praises:

The Barrons and the Carrolls
And Lynch from sweet Coolmore
Were amongst the Irish prisoners
That came from Erin’s shore.
The Walshes, Raftis and O’Gorman,
From historic Ballyhale
Stood up for Irish freedom
In Wormwood Scrubs Jail
Mike Murphy too from Brownstown
His name I will not fail
To pin it down with high renown
With the prisoners of Scrubs jail.