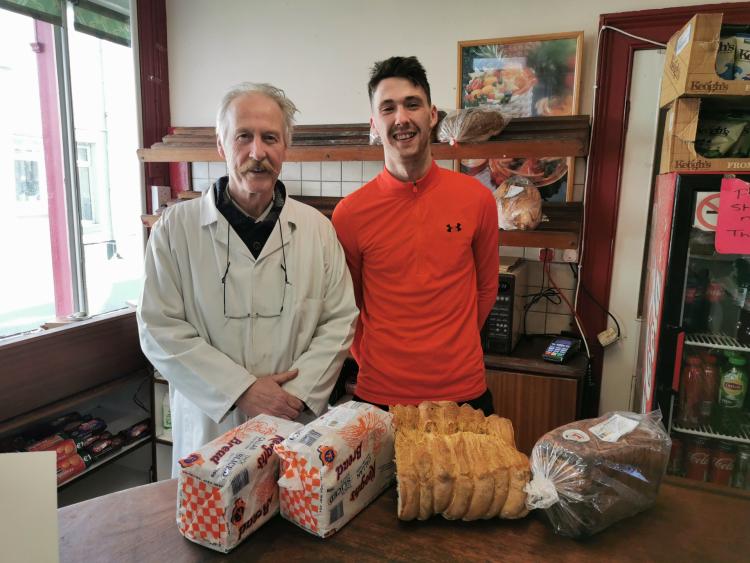 The woman in front of me in the queue for Keogh’s Model Bakery shop on James’s Street, Kilkenny on Friday said that the bread was well worth the wait.
She was correct. Whether it’s the rustic or the sliced pan, they have a tradition passed down through the generations that has lasted and which is deeply appreciated in Callan, Kilkenny and Carrick-on-Suir.
In these uncertain times it is endearing and comforting to know that Keogh’s Bakery will keep supplying bread and confectionery.

The base in Callan is a magnificent old building dating from 1900 which is listed and one of a kind in Ireland.
And in these tough times, it’s great that a locally-owned business started 182 years ago is still delivering for customers with a smile.
Billy Keogh has been producing breads and confectioner all of his life. He, his wife Clair and son Eric run one of the oldest bakeries in the country. Keogh’s Model Bakery was started in 1838 in the same premises in Callan. Throughout the years it continued to be passed down through the family.
The Keogh speciality is its crusty, handmade turnover or rustic, baked in a traditional brick oven.
It is my favourite with a dollop of butter and nothing else. It is irresistible.

I'm not the only that thinks that. Keoghs Model Bakery has been consistently recognised for its delicious produce throughout the years and has won many prizes in national bakery competitions run by the Irish Bakery Industry.
Billy and his team produce everything from sliced pans to wedding cakes, to novelty cakes and handmade chocolates which are delivered to their own shops and to supermarkets, retailers and cake outlets within a 20-mile radius.
Keoghs are members of the Kilkenny Food Trail and Billy has, in the past, been a poster boy for the organisation.
Keoghs also serve takeaway sandwiches as well as bread and cakes. Their outlets in Carrick-on-Suir and Kilkenny open 9am-2pm Monday to Saturday.