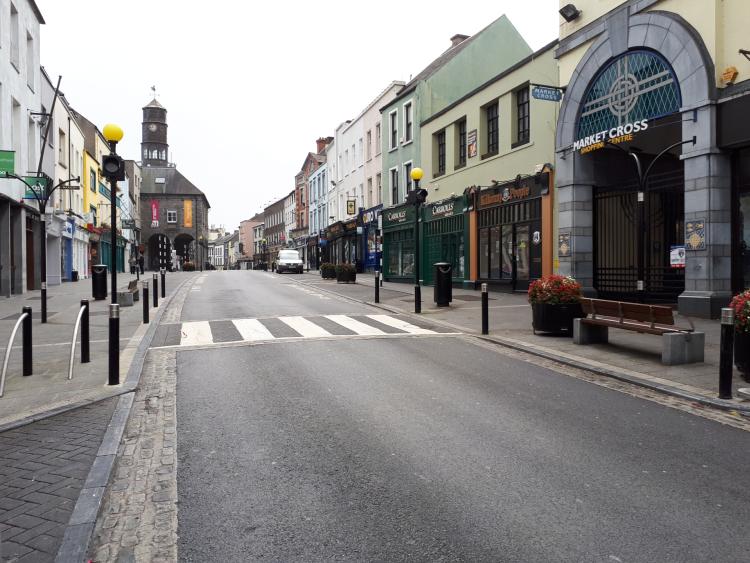 High Street in Kilkenny: Plans are in the offing to make the street temporarily one way only

A meeting will take place next week to further discuss proposals for a temporary one-way system once city traders have given their reaction.

At the May meeting of Kilkenny City Municipal District, council director of services Tim Butler said the city centre taskforce had been briefed on the proposals to facilitate greater social distancing through changes to the street network. Mayor Martin Brett said he had attended the meeting with the taskforce and the reaction had been ‘very positive’.

An email has also been sent out to get feedback, and city engineer Ian Gardiner has been doing walkthroughs with various business owners to give them an idea of what is proposed.

Mr Butler said it should be clear that the length of the ‘temporary’ period was not known, but that social distancing measures could be in place for another year or longer until a vaccine became available.

“What came out of it for me was that some businesses are hugely concerned that people coming in on the streets have a fear of meeting people [not socially distancing],” he said.

Representatives from each street among the retailers, vintners and hoteliers are asking their members what they think of the proposals. The taskforce is due to come back with an initial response by Friday.

A meeting of the seven city councillors with a restricted number of public and press in attendance will take place on Tuesday to discuss matters further.