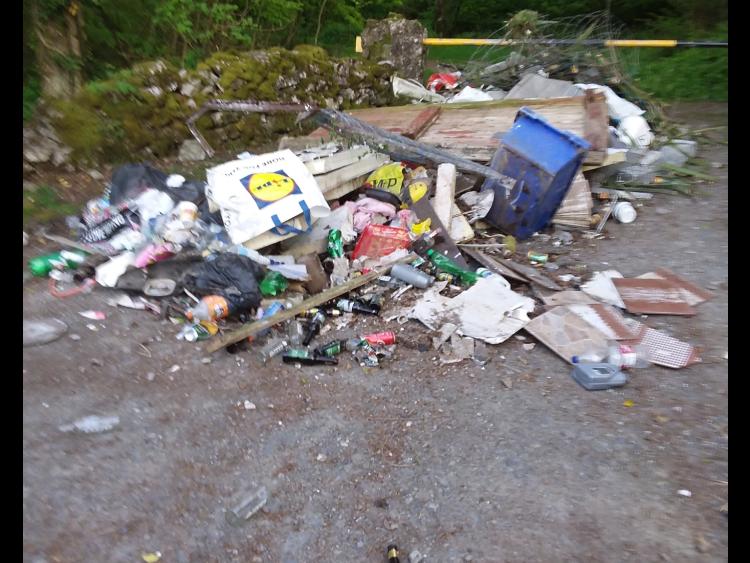 The illegal dump in Freshford last Monday before it was cleaned

Illegal dumping is now rampant in Kilkenny, with new dump sites being discovered on a regular basis during the Covid-19 lockdown.

Last week, another illegal dump site was discovered in North Kilkenny — this time at an amenity site in Ballylarkin about two miles from Freshford village.

“While further investigations are ongoing, I am very hopeful that someone will be identified,” he said.

Staff from the council's environment section visited the site on Monday. It was cleaned up by 11.30pm on Tuesday morning.

“I’d like to acknowledge the response of both Dave Corrigan and Frank Stafford. Their response was super,” he said. “The area was restored to its natural beauty.”

It’s not the first time the area has been targeted.

“About two and a half months ago, a load of rubble was dumped there further up the road,” confirms Cllr McCarthy.

“I would say it’s a problem in all areas at present time. But we have experienced a few occasions — it’s very demoralising.

People are using the area more frequently than they usually would, there is a lovely walk there in the wood and a cycle track also.”

There is also a growing problem at local bring/bottle banks which have seen a massive increase in material being deposited since restrictions were brought in.