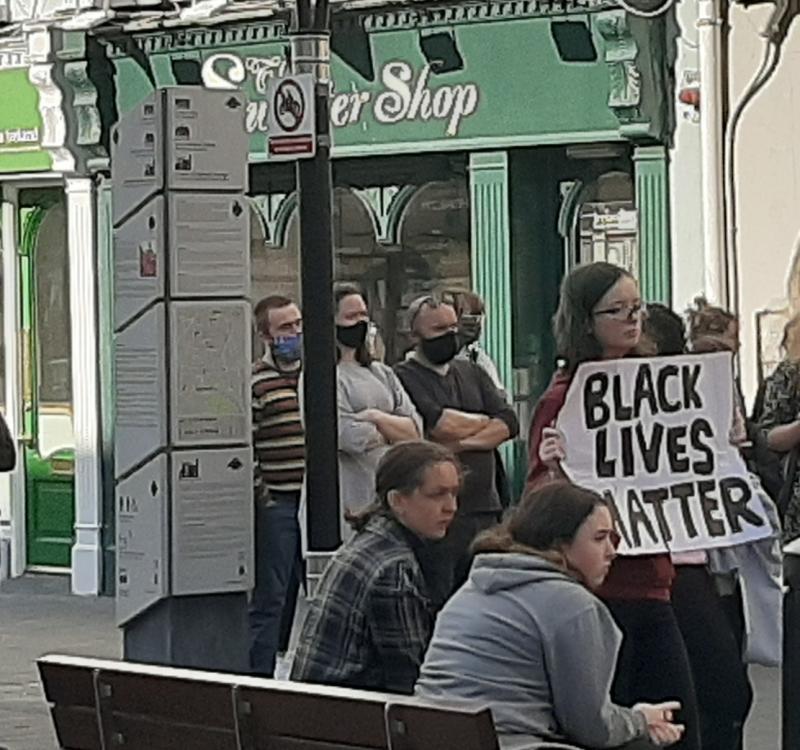 Approximately one hundred people gathered outside the Thosel on High Street this evening to remember African American George Floyd who died on May 25 in Minneapolis, Minnesota after a white police officer pressed his knee to Floyd's neck.

Derek Chauvin was fired from the police force and charged with third degree murder for Floyd's death. Protests have been taking place across the world despite the coronavirus pandemic and distancing and gathering restrictions.

Social distancing measures were complied with at this evening's event and a number of gardaí were in attendance.

Organiser Sean Ó hArgain asked those present to remain two metres apart from each other during the protest which lasted less than 20 minutes and thanked the gardaí for their co-operation.

Mr Ó hArgain spoke of the 'need to stand together in the name of justice' and how we have obligation to stand up for people who are being discriminated and that racism has to be stop.

A member of the local African community also spoke of her experiences of racism in Kilkenny and said she had been spat at on the street and told to 'go back to Africa' since arriving in the Marble City in 2010.

Those who gathered chanted 'Black Lives Matter' before observing a minute's silence in memory of George Floyd and all those who have suffered because of racism.