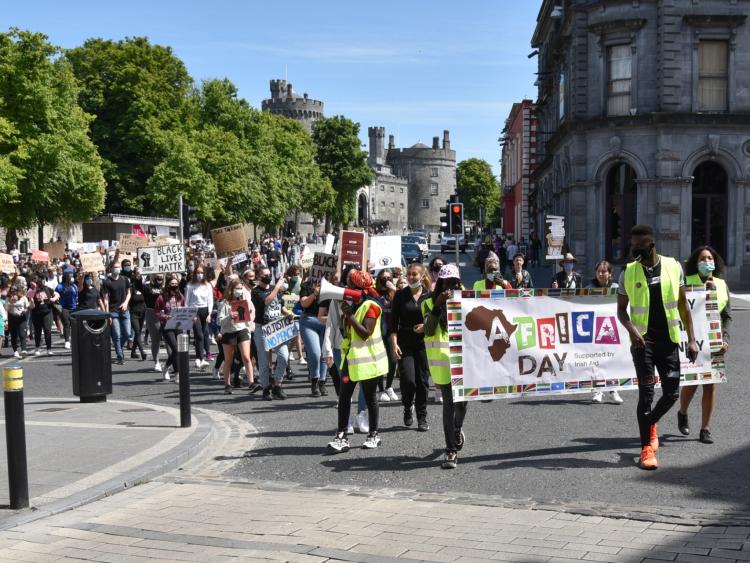 Over 150 people marched through Kilkenny City on Monday afternoon as part of an anti-racism rally, and a show of solidarity for the families of people who have lost their lives at the hands of police in the USA.

The event culminated in a silent vigil at the Parade, where organisers spoke and thanked those who showed their support. Similar to rallies held around the world,those attending chanted ‘no justice, no peace’. The crowd then knelt to demonstrate their support for people who have lost their lives to racist violence. The rally was organised by Eurobug and Anti-Racism Kilkenny.

Attendees said the recent death of George Floyd at the hands of police in Minnesota had brought to light the underlying issue of systematic racism and oppression not only in America but all over the world.

Organisers had urged those attending to respect social distancing guidelines and wear PPE where appropriate.

Separately, last week, a vigil in solidarity with the Black Lives Matter movement was also held in Kilkenny at City Hall, organised by the Carlow-Kilkenny Labour Party.