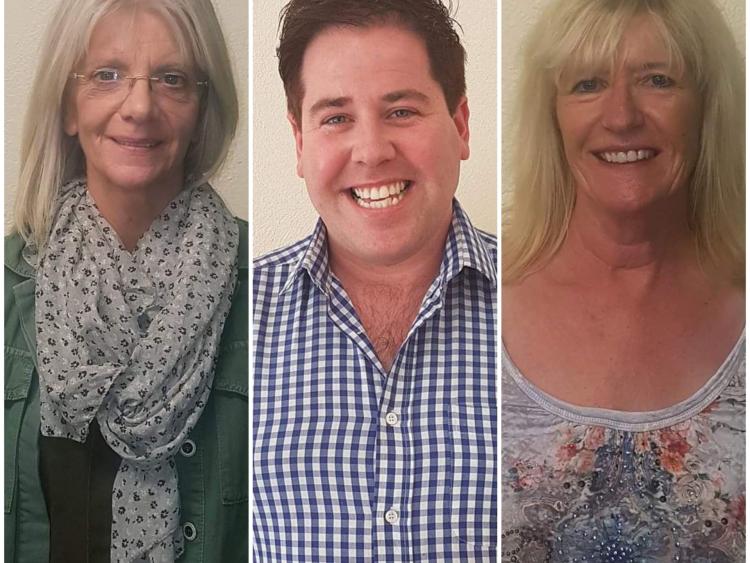 The directors of the three plays - Margaret Rossier, Edward Hayden and Kate O'Keeffe

New Ross Drama Workshop are delighted to take part in the “New Ross Summer Sessions 2020” in association with St Michael’s Theatre and Wexford County Council.
In an attempt to provide theatre in a new way these socially distanced performances will be delivered by many of the well known faces of the New Ross Drama Workshop, who this year celebrates its 40th anniversary in drama.
During the evening the group will present:
‘Talks in the Park’ directed by Margaret Rossiter, ’A Matter of Husbands’ directed by Kate O’Keeffe and a series of humorous tales of John B Keane directed by Edward Hayden.
In a time when audiences are being starved of live drama the award winning group, New Ross Drama Workshop are delighted to be bringing you some wonderful al fresco drama in the Library Park in New Ross.
The productions star Brid Richardson, Brid Moloney, Peggy Hussey, Seona O’Connor, Peter O’Connor, Nicky Flynn, Edward Hayden, Catherine O’Connor, Anne Kelly, Liz Furness and Kitty Warren.
The performances will run on Thursday and Friday (August 20 and 21) at 7pm nightly in the Library Park (Eircode-Y34NW56)
“The group are thrilled to be back on a stage of sorts and are so looking forward to bringing you their latest offering,” said group chairperson Edward Hayden.
“Rehearsing and performing in an outdoor and socially distant manner was a new departure for the group but one their approached with full zeal.
“We would like to acknowledge the support of Tomas Kavanagh, St Michael’s Theatre and Wexford County Council at this time, providing practical assistance to enable performance in this beautiful public space and civic amenity.”
Admission is free and all are welcome to attend these outdoor performances.
Social distancing measures will be in place for the safety of the audience.