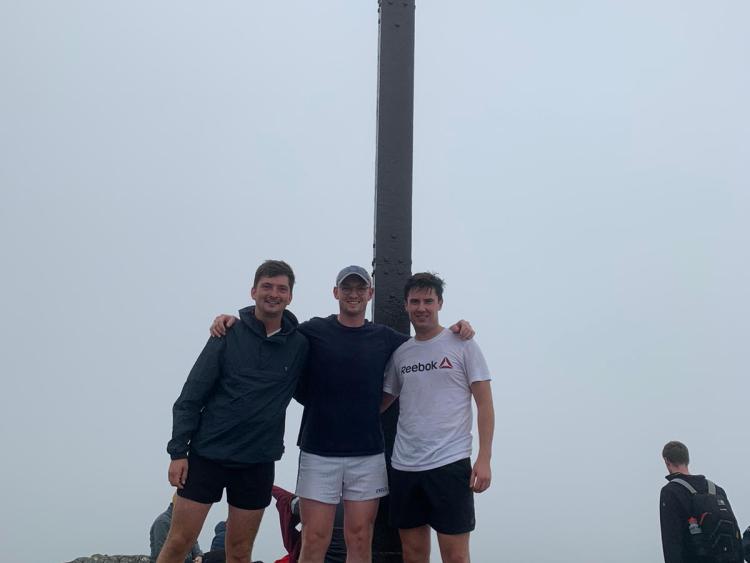 Three Kilkenny school friends are to set off this week to take on one of the highest peaks in Europe as part of an effort to raise funds for local Kilkenny-based mental health charity Teac Tom.

Jack Bennett (Kilkenny), Max Powell (Kilkenny) and Liam O'Brien (Tipperary) have had little mountain-climbing experience until they set their sights on Mont Blanc, in what they are calling 'the Climb for Hope'. They start the climb on Thursday.

The trek is going to take them about three days - it's around 4,800m, and in preparation, they have been climbing local mountains - including Carantuohill twice on one weekend.

Their chosen charity, Teac Tom, is a cause close to their own hearts. Around two years ago, they lost a good friend to suicide.

"About two years ago, there was a spate of young people that took their lives, one of which was our friend, and we really thought about it - what do we do, do we do something about this, what can we do" says Liam.

Part of their challenge is to raise awareness around suicide and mental health among youth in Kilkenny. But Teac Tom's location in the heart of Kilkenny, helping people from this locality, is pivotal.

"For us, it's that they are there in the local kilkenny area. There are massive issues around mental health with young people in Kilkenny and I just think it's one that is accessible to people in the community, and that's half the battle," says Liam.

"It seems like a really good one to do it for - they also rely solely on donations so it's important then that they get help. In these times, people often batten down the hatches and forget about these charities and stuff until they need them."

With the current restrictions on travel, the trio are having to take precautions when returning to Ireland.

"It is, you just need to be obviously mindful, really careful. When we come home, we're quarantining and everything else; We'll do the 14 days. I think it's important to mention that," says Liam.

"That's something we would 100 per cent be on board with and we will follow all the necessary guidelines."

Those who wish to help  out can do so here.