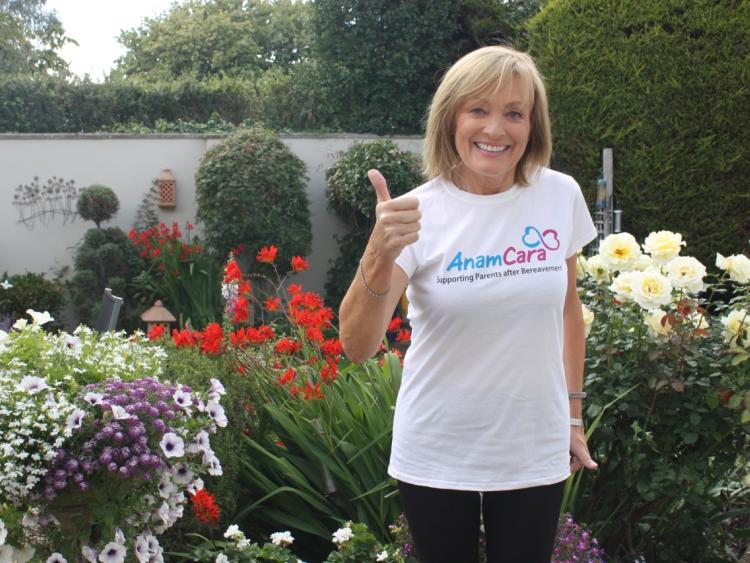 Her year may have begun with the rumba but for tv personality, Mary Kennedy, her training is now focused on completing the VHI Women’s Mini Marathon later in the year.

For the first time in the history of the event, Mna na hEireann are being asked to take part in the “10km, Your Way”.

This year is a little different. Next month, from October 1st-10th, the paths, pitches and parks of Ireland will be flooded with women completing their 10km - walking, jogging or running.

People won’t be gathering in Merrion Square at the starting line, getting drenched by the firemen in Donnybrook or enjoying a refreshment together afterwards but much-needed funds will be raised for the chosen charities.

Anam Cara, the national organisation that supports bereaved parents, is asking people to take part on its behalf and complete the 10km, whilst adhering to public health guidelines. The Anam Chara team will take to the streets across the country and don their Anam Cara tee-shirt, from Donegal to Dingle, from Belfast to Bray and everywhere in between.

Since 2008 Anam Cara brings bereaved parents together to support each other – through monthly meetings, information evenings with guest speakers, family days and remembrance events. Since April, Anam Cara have adapted their service and delivered support online and by telephone. When the Mini Marathon comes around in October, they hope to be back to face-to-face support meetings, a time that cannot come quick enough.

To join Mary and the Anam Cara virtual team, set up a Just Giving page (www.justgiving.com) and raise much needed funds for Anam Cara.

For your tee shirt, please contact Karen in Anam Cara on k.oshea@anamcara.ie or 01 404 5378. All funds raised through this event will be used to support bereaved parents across the country.