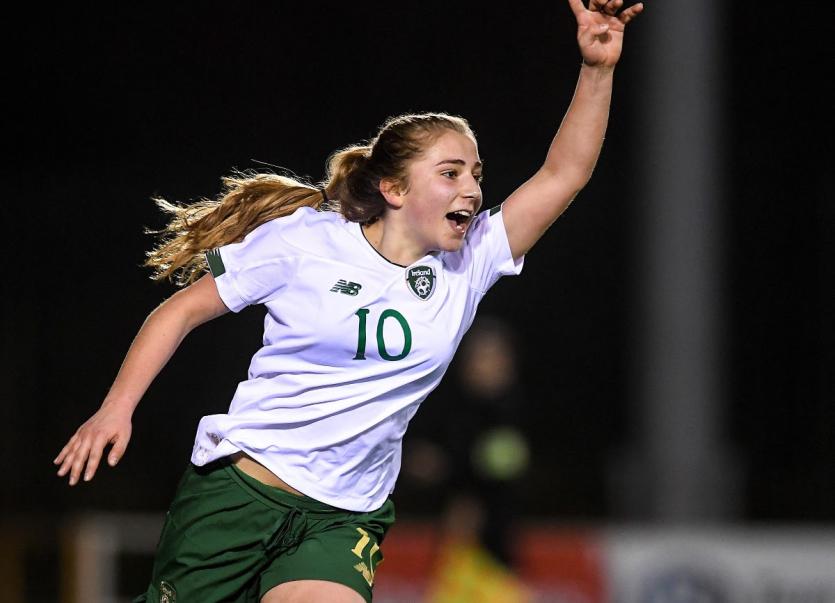 Throughout the years, the rise in women’s sport has been tremendous with over 40% of females participating in sport in Ireland.

With participant numbers rapidly rising, support was crucial. That’s where Lidl stepped up to help women’s sport by launching the 20 x 20 campaign. The main objective of this campaign is to target 20% more media coverage of women’s sport; 20% female participation in sport; 20% more attendance at women’s games and events.

20 x 20 is about creating a more inclusive, healthier Ireland which has already proven to be extremely successful. Lidl are promoting ‘ If she can’t see it; she can’t be it’— as they want all ages of women to ‘be it’ This quote really illustrates the support Lidl are putting behind us women.

Take for example here in our school, Presentation Kilkenny. Lidl have provided us with two new sets of LGFA jerseys. This really helped us realise the support that the campaign has had on us young women. 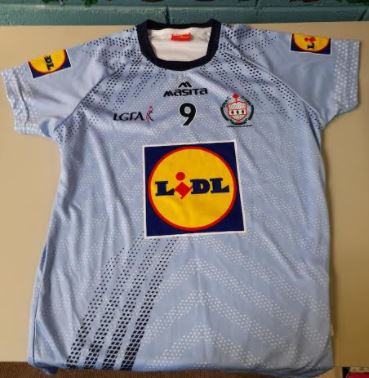 Lidl have invested over €2.5 million into women’s sport. This has resulted in many girls feeling supported. This means there are more girls engaging in activities which is positive as it improves girls’ self-esteem.

Since Lidl has campaigned about this matter, there is more of an uptake in women’s sport which is essential for young girls.
Sport is an extremely positive and beneficial outlet for people of all ages. Here in Pres’, most girls really enjoy sport and it is key in tackling issues of mental health well-being and pressure from demanding workloads.

International women’s day is celebrated on March 8 every year. It aims to celebrate women’s achievements while raising awareness about inequality. A particular issue in terms of sport relates to the attendance of spectators at women’s sporting events. In the world of sport, a pay disparity still exists between the genders.

The only way women will ever come close to getting equal pay is if spectators support women’s sport. The more people who come to women’s sports, the more participation in women’s sports will rise.

Women’s sport has been on a journey over the last number of years and has drastically changed for the better. The year, 2018 can be considered as the most successful year for Ireland in terms of attendances at major women’s sporting events. A record breaking attendance of over 50,000 watched the ladies All-Ireland football final. This was a huge increase from the 2013 final, which has approximately 23,000 in attendance.

However, Teneo’s sports and sponsorship team carried out a survey and only 12% of Irish people say they have attended a women’s sporting event. These results clearly show that women’s sport still has a long way to go in Ireland; but there is no doubt it has come a significant way in the last decade. Women need what everyone else needs: support

Improvements
Female participation in sport has always been significantly lower compared to men. In recent years, the number has been radically changing.

Women’s sport is growing. People are noticing the rise in women’s sport and because of this rapid growing rate, facilities needed to be improved for women, such as: providing changing rooms, adequate lighting and more pitches.
For example, my local club, Bennettsbridge, has installed new facilities such as dressing rooms for men and women as there wasn’t enough room for everyone before. Often, women had to use the men’s dressing rooms. Small things like this will encourage and motivate women to stay playing sports.

Stereotyping
Stereotypes have been around for quite some time. Although you may think they are a thing of the past, they’re certainly not. The issue of women not being able to play a sport just because they’re a woman is nonsensical and sexist.
Thankfully, we are moving further and further away from that mindset thanks to the feminism and equality movement, more coverage of women’s matches and campaigns such as the 20 X 20 campaign. Here in Pres’ to support the 20 X 20 campaign, before our sports matches last year we drew two red stripes on our cheeks to highlight the campaign and raise awareness for it.

A local positive in sport would have to be the increase in the number of girls playing rugby with Kilkenny RFC. Rugby in the past was seen as a stereotypically male game but presently the club scene at underage level is thriving with more and more girls joining all the time.

Hard work can get you anywhere. This is extremely evident when you look at the Irish Women’s Hockey Team. The team under coach Sean Dancer and Captain Katie Mullen were finalists in the Women’s Hockey World Cup and came second. This is an incredible achievement considering that hockey would not be very popular all around the country. It is great for young girls to have inspirations like this that they can look up to and admire.

Cultural shift
It is unfortunate that we cannot disregard this conventional stereotyping to be confined to just sport. Gender segregation also occurs in settings outside of sport, particularly in an educational environment.

A recent study presented in the Irish Times finds that girls’ maths abilities are underestimated due to such stereotypes. A study of eight thousand pupils in Ireland deduced that the perception that girls are not as good as boys is occurring at all levels of achievements.

It says stereotypes about boys being excellent in maths persists mainly among teachers and mothers. The report concludes that this bias will impact students' career choices, as mathematics is seen as a key element in pursuing many careers.
Why should women suffer for something far beneath their control? Although gender inequality to some may be seen as an insignificant problem, there is clearly an issue when young women are forsaken and underestimated for the talent they possess.

It is imperative to continue encouraging women to pursue careers in STEM, especially as it is a traditionally male dominated department.

Fiona Faulkner, a university math professor, says many women are discouraged to work in maths departments due to the perception that they may not do well. ‘I’m not an exception of being good at maths just because I am a female. With good teaching and good confidence comes good performance in maths’.
Despite the fact that there is still a long way to go in achieving full impartiality, progress has been made. Ideally, the transformation in sports will be far reaching and extend across society in general, such as a man not underestimating a woman's abilities because of her gender. Sport as a platform challenges and confronts stereotypes. Only through this is change possible.

Although we have spoken about the rise of women’s sport throughout this article, there is also a wider perspective. Gender equality has become much more common in today’s society.

Women’s sport has become a lot more recogniSed, in schools, sport for us girls, has a major impact on our daily lives. In the past, you might have thought it strange to see a group of girls walking out of school, holding hurls and carrying gear bags. However, now people don’t even think twice about it.

From this, there is a whole new world extending beyond just sport. Females are now studying subjects that are considered to have been ‘male subjects’. While males are also studying subjects that would traditionally be considered female subjects; CBS Kilkenny now offer Home Economics. This new era of equality allows young boys and girls to express themselves beyond how they could before. Small things like this will encourage and motivate women to stay playing sports.

Overcoming barriers
Making a career as a sports star is often very challenging for women.
This is no doubt due to the discouragement we face from society, and the ongoing issues we face in the industry itself such as low wages. While low wages is undoubtedly a deterrent, I think there are more pervasive and significant barriers, such as the constant need to prove ourselves, the lack of support and having to defend ourselves against every stereotype applied to us.

However, this discouragement has changed drastically in the last generation, women are now getting the recognition they deserve. This is due to the constant fight for equality between men and women, resulting in more women’s matches being broadcasted in the media, women gaining better facilities, and multiple campaigns to support women’s sport.
If we asked our parents or grandparents to list some famous sportswomen from their youth they may give one or two answers, but now the list seems never ending.

Women are now dominating their sport, such as Serena Williams, Katie Taylor and Megan Rapinoe. These athletic women help create opportunities in sport and encourage young females to pursue a career in this increasingly feministic industry.
If we continue to support, encourage and foster the interest that girls have in sport in Ireland, the sky's the limit as to what we will achieve!

An inspiration, not only in Presentation Kilkenny, but for soccer lovers around the country, would have to be none other than our very own Ellen Molloy.

Ellen is a fifth year student here in Pres’, who, through her skill and sensational talent, has climbed through the ranks to now be representing Ireland on the Senior Women’s Soccer Team. We have the pleasure of speaking with her today!