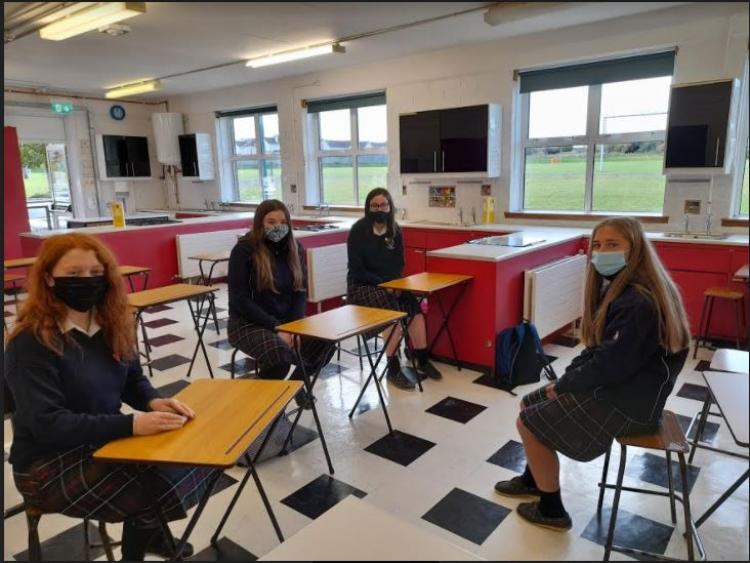 The following is an interview with Kilkenny's Ellen Molloy, who made her Ireland senior debut against Ukraine on Friday. The interview was conducted by fellow Presentation Kilkenny students prior to the match, as part of a piece on the rise of women's sport.

Q: Is there anything you could say to young women to encourage them to participate in sport?

EM: I’d just say pick a sport you’re interested in or something that you enjoy. Join in with your friends because when you’re with your friends, you’ll enjoy it more and you’re more likely to stick at it.

Q: Do you think girls are treated the same in sport? What has your experience been of this?

EM: I think boys get more recognition. If a girl does the equivalent of a boy, they don’t get as much recognition for it. Sometimes when I was playing with the boys when I was younger, they were like “ah she’s only a girl”. They kind of would treat me a bit different but it’s definitely getting better as the years go on. There’s more support for women’s sport and there’s more attention given to women’s sport.

Q: Would you like to pursue a career in women’s soccer? Do you feel discouraged from doing so because of the barriers women face in the sports industry?

Q: What motivates you the most?

EM: I just enjoy it, when you’re winning, you just want to keep winning and If I’m losing, I want to win. I guess it’s myself, if I see others doing better, I say I need to beat them. I would say I’m quite competitive but it’s probably just myself. My family, my teammates and everyone around me are really supportive as well.

Q: Who is the sports icon that has influenced you the most?

EM: In men’s soccer, it would probably be Messi, I like watching him. In women’s soccer, locally, it probably would be Rianna Jarret. I was playing with her in Wexford before she signed with Brighton. She got injured, she tore her ACL but she’s still playing professionally, it shows that you can come back from injury; or Alex Morgan ( US professional soccer player), she’s a high profile player, it shows that women’s soccer players can be well known as well.