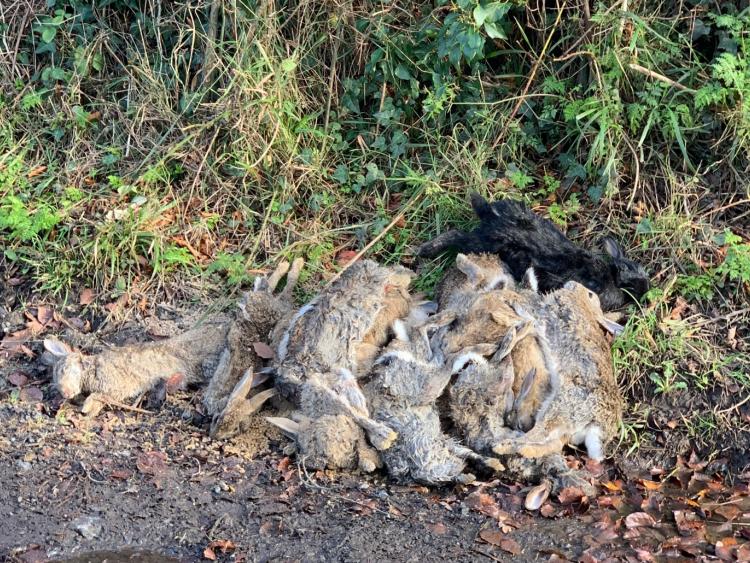 This is the gruesome and upsetting scene discovered by walkers just a mile from Cuffsgrange yesterday (Thursday) morning - more than a dozen dead rabbits casually dumped by the side of the road.

It's thought that 'lampers' out combing the fields the previous night decided to leave the results of their night's grisly work for someone else to find. They got their wish - much to the horror of local residents.

Cllr Eugene McGuinness, who was called to the area, has asked local farmers and gun club members to be aware that this kind of activity is taking place on their lands and any one or group that is capable of this kind of behaviour should be regarded as trespassers and reported immediately.

"It was a very distressing sight for people in the area, as whoever was responsible knew exactly what they were doing and the effect it would have on anyone who witnessed it," said Cllr McGuinness.

Cllr McGuinness added that he has no doubt that all responsible gun club members and dog breeders would share his concerns.

The council's environment section yesterday arranged for the rabbit carcasses to be disposed of.