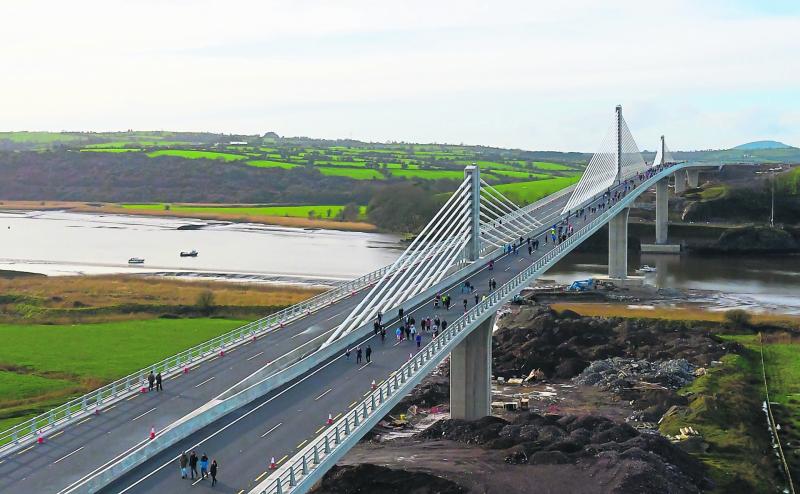 Community groups across the city and county were recognised for their trojan efforts at a special presentation ceremony.
Cathaoirleach Cllr Peter Cleere hosted the Kilkenny County Council Community Awards to acknowledge, congratulate and thank community groups for their dedication and hard work within their respective communities
An Cathaoirleach Cllr Peter Cleere highlighted that community organisations play a key role in driving the overall prosperity and wellbeing in every city and town, in every county across the country.
“County Kilkenny has a strong tradition of community co-operation and collaboration, and it is important to recognise and reward those communities who come together to work with the county council and state agencies to contribute to this prosperity,” he said.
“The year 2019 was a very positive one for Kilkenny with many groups being recognised at national, regional and county level.”

Longest bridge
It was many, many years in coming, but the new bridge over the River Barrow that opened with fanfare in early February and was predicted to “transform New Ross, Wexford, Kilkenny and the South-East”.
Taoiseach Leo Varadkar joined with Rose Katherine Kennedy Townsend on the windy spot, high above the Barrow Valley, to officially open the €230million bridge and New Ross bypass, named in tribute to the matriarch of the Kennedy family, mother of President John F Kennedy - Rose Fitzgerald Kennedy.
At 887 metres the bridge is now the longest in Ireland. The 230metre central spans are the longest of their type in the world.
“This new bypass, which includes Ireland's longest bridge, will transform New Ross, Wexford, Kilkenny and the South-East. By reducing congestion and travel times, improving road safety, and opening up economic opportunities, this will make a huge difference for commuters, for families, for businesses and for tourists,” said Mr Varadkar.