May: Kindness and creativity to the fore as Kilkenny adapted to the new normal 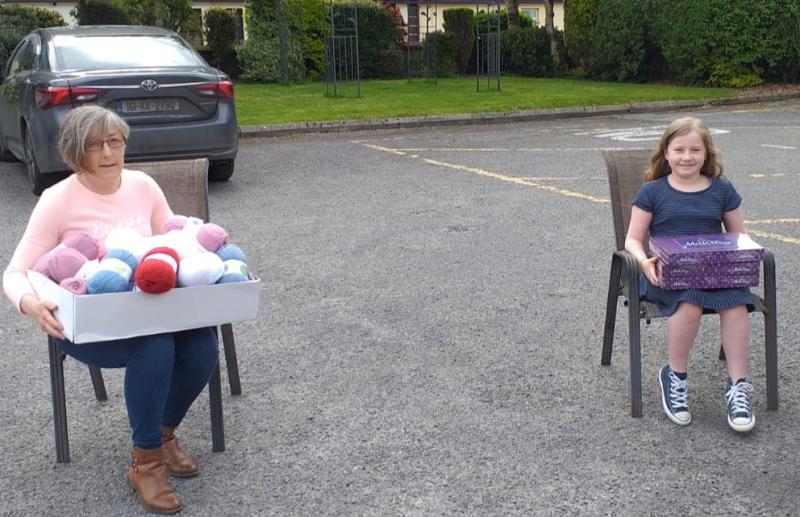 A major garda checkpoint operation began coming into the May Bank Holiday weekend to ensure compliance with travel restrictions.

Traditionally a busy event-packed time of year, none of the usual staples, such as the Roots Festival, could proceed
However, there were also the green shoots of hope later in the month, as essential building sites reopened and more workers returned to their jobs. Businesses forced to close in the initial lockdown explored new options, such as restaurants serving takeaway.

Plans for a new footbridge linking the town centre of Castlecomer with the Discover Park got the go-ahead from An Bord Pleanála, while in the city, local councillors discussed and agreed on a plan to make High Street and Rose Inn Street a temporarily one-way thoroughfare to safely allow people return to business and shopping.

Kindness and creativity were very much to the fore during the month of May.

A cocooning Graignamanagh grandmother got to hug her grandson for the first time in months, thanks to his inventiveness. Jody Brooks (13), got to work made a safe hugging device out of some cling film and steel bars from an old trampoline.
One local girl brought a smile to faces in Mount Carmel Supported Care Home, with a selfless gesture on her birthday. Ava Roche from Callan spent €100 of her birthday money on wool for knitting and several boxes of sweets for the residents and presented them, much to everyone’s delight.

Birthdays
Unable to celebrate in the manner they would have liked, readers sent us in their birthday pictures, and the Kilkenny People featured them all.

A Kilkenny People poll to find the county’s most missed pub during restrictions attracted more than 25,000 votes. Online readers voted their Most Missed Pub (city) as Kyteler’s Inn on Kieran Street, while the Most Missed Pub in the county was Brennan’s Bar in Johnswell.

A road traffic collision involving a tractor and trailer saw a section of the iconic 18th Century bridge in Kells heavily damaged. In the city, residents of a housing estate in Lintown were dismayed to find dozens of young trees deliberately broken by vandals.

Staff at St Columba’s Hospital in Thomastown became the subject of a stunning oil piece by artist Sinead Lucey, painted and posted to social media as part of a series called #portraitsforHSEheroes.