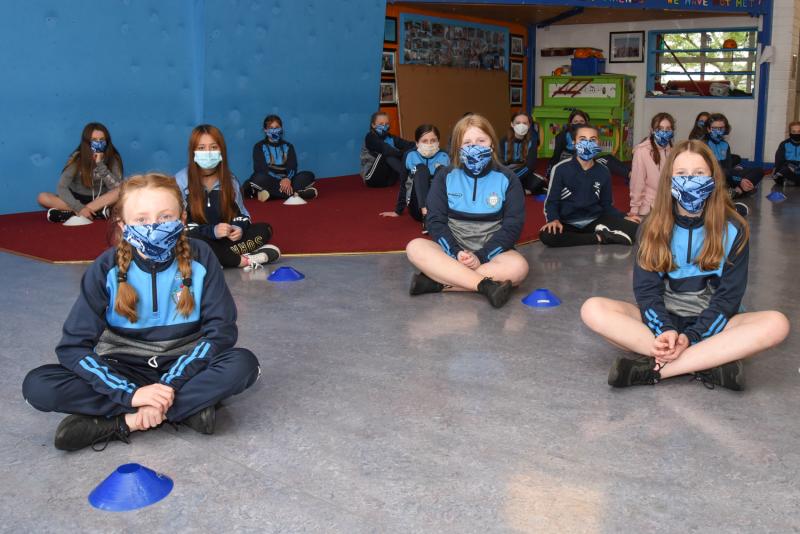 An exhibition featuring photographs, art and memorabilia depicting the history, life and times of the community of Threecastles opened to the public this month.

Threecastles Hall Committee held the exhibition, entitled ‘Reconnecting with the past — Building a legacy for the Future’, in conjunction with National Heritage Week. Minister of State with responsibility for Heritage Malcolm Noonan was among those to visit.

A small, indie short film made in Ireland starring a young woman from The Rower was making waves on the international film festival circuit. Michelle Rosemarie Miley, from The Stripe, The Rower starred in ‘When the Wind Can Touch Your Skin’.

An incident in which a €30,000 Covid isolation facility was totally destroyed in a large fire in the Wetlands area was investigated by gardaí. The unit was situated in the middle of the St Catherine’s housing scheme since the Spring. Put in place by Kilkenny County Council, its purpose was to protect the residents in the event of Covid-19 infection or suspected infection on the site.

The home of Kilkenny hurling, Nowlan Park, was the unlikely setting for a unique graduation ceremony for the students of Presentation Secondary School. It was a moving end to a six-year journey filled with many trials and triumphs, friendships, activities and achievements.

Thousands of euro worth of damage was done to the new running track at Castlecomer Community School after a flash flood struck during Storm Ellen. Despite the damage, things could have been a lot worse. Only the quick action of the fire service prevented serious harm being done to the school building itself.

After many years of serving communities in North Kilkenny, a popular and highly-respected postman made his last delivery to houses in August. Richie Delaney, who lives in Dunmore, had been a postman for 38 years.