December: Christmas was very different; there were less festivities but Santa still came 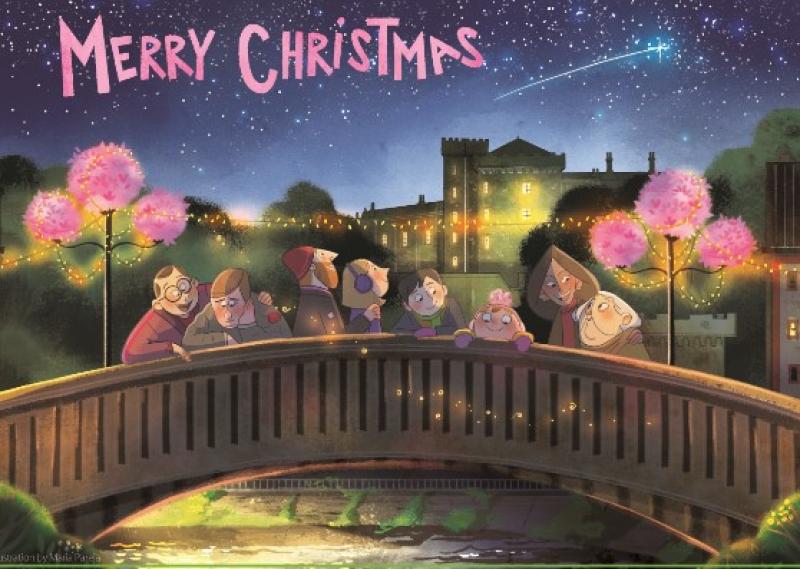 The card is created by Cartoon Saloon

Much needed festive cheer kicked off in early December when Santa arrived in Kilkenny to launch Yulefest.
Christmas lights were turned on at The Parade and a series of events, many online, took place.
Domestic violence incidents in this garda division have soared by more than 30% this year, new figures showed.

Crime
At a meeting of Kilkenny’s Joint Policing Committee, Garda Detective Inspector Sean O’Meara provided up to date crime statistics, and said it was a cause for concern.
“The only comfort we can take from that is that people now are in a position where they feel they can actually report it. It’s a very difficult crime type for people to report.”
He said the gardaí would offer help and support.
The same meeting heard detection of drug driving was up 900% while drink driving was down about 10%.

Primary and secondary schools across Kilkenny received the good news they are to share over €1.1 million in Information and Communication Technology (ICT) Grants as part of a nationwide investment.
Kilkenny County Council councillors agreed a €90 million budget for the city and county for 2021 at their annual finance meeting.
For the second year in a row, the budget was adopted unanimously.
In was announced that the rescheduled Dubai Duty Free Irish Open will take place at Mount Juliet in July 2021.

Christmas Dinners
Dozens of meals were distributed to people in need by local organisations. The Kilkenny Gospel Choir Outreach, in collaboration with the Good Shepherd Centre and the Springhill Court Hotel, delivered dinners on Christmas Day to Kilkenny’s homeless community.