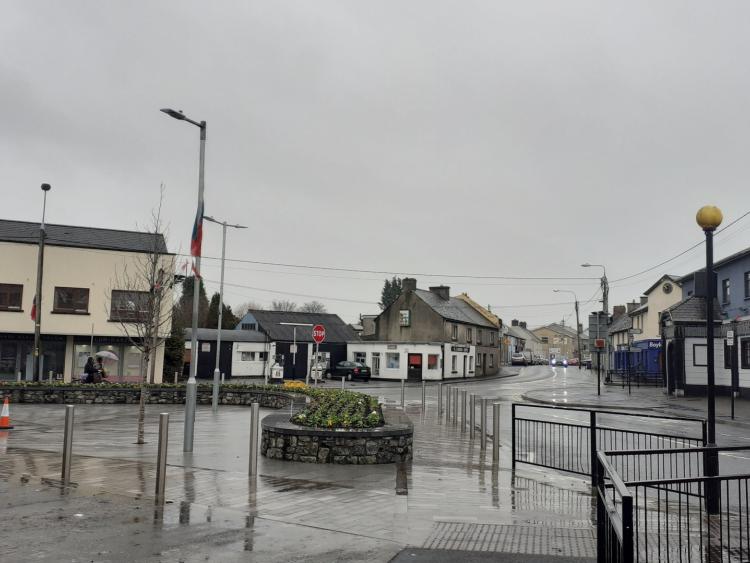 Members of the Kilkenny City Municipal District have welcomed a traffic plan for the Patrick Street area of the city which was presented to them at their recent monthly meeting.
The report seeks to address ongoing traffic issues in the area which are primarily caused by two schools St Patrick’s De La Salle and St John of God being in close proximity with little provision for setting down.
The report, which was presented to members by the city engineer, Ian Gardner, acknowledged that there is congestion during school drop off/pick up and that commuter traffic is disrupted particularly in the morning and this can cause nuisance to local residents.
The report also stated that there is also indiscriminate parking which leads to safety issues for other road users including school children and pointed out that there are ongoing issues with people parking on footpaths and parking in a manner that blocks visibility.
The report found that there is a lack of set down to cater for an estimated 237 car trips associated with drop off and pick up and this results in congestion in the morning and afternoon due to school traffic.
Problem Area
Another problem area was queuing from College Road Junction which can block access to Jacob Street and backs up towards Upper Patrick Street. The report also found that the road layout/width in front of John of Gods is not consistent with a one-way street.
The report recommended that schools develop Mobility Management Plans to encourage walking, cycling, bus and car lift sharing and to increase the set down areas close to both school. Another recommendation contained in the report is to improve pedestrian access from Village Inn Car Park and pedestrian connectivity to the College Road and the Kells Road.
Mr Gardner told members that another recommendation not included in report would be to consider the inclusion of the Kells Road and the College Road in the parking byelaws.
Cathaoirleach of Kilkenny County Council said he was ‘delighted' to see the proposal for the Kells Road.
Cllr David Fitzgerald raised the possibility of pedestrian access through the St John of God convent and a pedestrian bridge over the River Breagagh while Cllr Martin Brett remarked that the carparks in Aldi and Lidl could be used as drop off points.
“Access at the back of Hotel Kilkenny would well be worth looking at and also we should see if the old access route could be opened up through the convent,” added Cllr Brett (Fine Gael).
Cllr Maria Dollard (Greens) told the meeting that ‘pedestrians need to be at the forefront of any proposals’ and said that there is ‘great merit in using Coote’s Lane’ to access the schools but added that there ‘needs to be a lot of investment in terms of lighting to make it safe’.
Cllr Joe Malone (Fianna Fáil) said that there should be a greater effort made to try and get the young people to cycle to school and remarked that ‘some residents live under siege’ with traffic.
“What we should be driving home is pedestrianisation and more use of cyclepaths and footpaths and we should utilise Coote’s Lane,” he added.
Independent councillor, Eugene McGuinness said that these problems will continue as Kilkenny expands and said that members need to look at the connectivity from the Callan Road area to the schools in question.
Cllr McGuinness also stressed that members and the council needed to ‘grasp the nettle’ and provide a long term carpark on the Ring Road and run buses in and out of the city.
Director of Services, Tim Butler told members that social housing is proposed for the convent site. City engineer, Ian Gardner added that a pedestrian bridge and improved lighting could be considered for Coote’s Lane and he also remarked that he would look into Park and Ride and Park and Cycle options and see if it is an option to use the supermarket carparks.